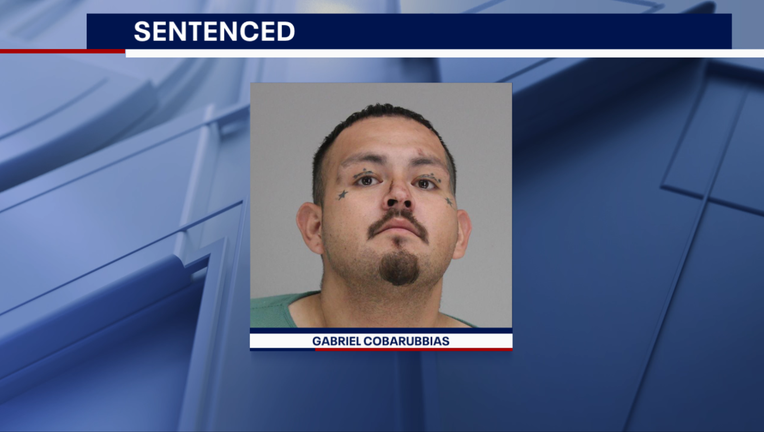 DALLAS - A North Texas man will spend the next 40 years behind bars after injuring two police officers and a police dog.

According to the Dallas County District Attorney’s Office, 31-year-old Gabriel Cobarubbias was found guilty of two counts of aggravated assault against a public servant, injury to a service animal and evading arrest.

He was sentenced to 40 years for the assault charges and 15 years for evading arrest, but those sentences will be served at the same time.

The charges stem from an incident that happened two years ago in Garland. The officers were trying to arrest Cobarubbias for firing a gun outside a convenience store.

Prosecutors said he got into his car and tried to drive away. In the process, he hit the two Garland officers with his car, dragging one of them.

He also tossed two guns out of the vehicle as he sped away.

While being arrested later, prosecutors said Cobarubbias kicked a K9 officer so much that the dog ended up at the vet with head wounds.

"This conviction was a major win for our Office and for the community because an extremely dangerous and violent individual has been taken off the streets for a very long time," said NadinSarah Salkic, the lead prosecutor on the case.