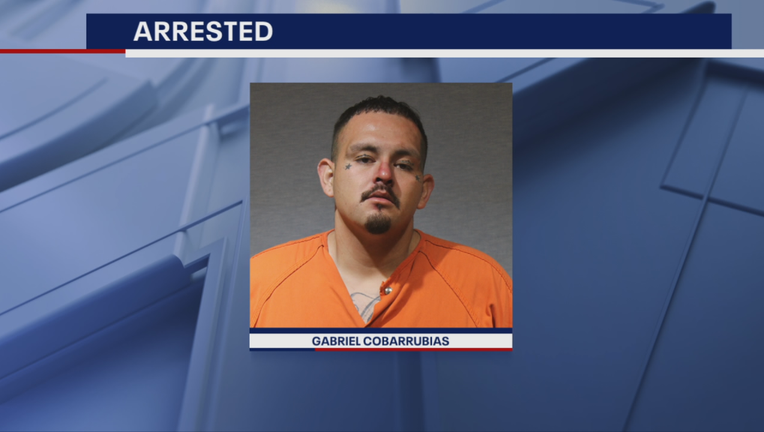 GARLAND, Texas - A Dallas man is facing charges after allegedly running over a Garland police officer and injuring another.

Police said the officers were responding to a report of gunshots Sunday night in a convenience store parking lot near the intersection of South First Street and Glenfield Drive.

Gabriel Cobarrubias allegedly parked his car in a way that blocked someone else’s vehicle. He threatened the convenience store employee who asked him to move by firing shots into the air, police said

The responding officers ordered Cobarrubias to surrender but he reportedly refused and instead got into his car. One officer tried to stop him from leaving by reaching through the driver’s side door.

That’s when police said Cobarrubias put the car in reverse and tried to flee. He’s accused of dragging the officer through the parking lot and running over his leg.

The incident was caught on camera and might be hard for some people to watch.

A Dallas man is accused of injuring two Garland police officers Sunday night. Some viewers might find video of the incident disturbing.

Cobarrubias was arrested after a brief chase and charged with two counts of aggravated assault, discharging a firearm and the unlawful possession of a firearm by a felon. The 29-year-old was also wanted for burglary.