Rogelio Martnez's family is still heartbroken after he had his life ripped from him by would-be robbers as he simply took out the trash.

DALLAS - The long shadow of sadness drapes across Lupe Munoz and her daughter, Yessica Vasquez, as they remember her husband, Rogelio Martinez, who was murdered while taking trash out to the dumpster at his Lake Highlands apartment.

The two who took his life were caught on tape, and the murder was this week’s Trackdown.

Martinez, 50, was killed on December 27, at The Villas at La Risas Apartments on Jupiter Road.

His family is still heartbroken after he had his life ripped from him by would-be robbers as he simply took out the trash.

“He was just such…like he really was like who held us together,” Vasquez said of her stepfather.

Martinez was the man Vasquez and her siblings colored as father.

“He took in my mom with six kids. I think that just tells you more than enough about him,” she added.

Stepfather to six and grandfather of 13, Martinez’s family is seeking justice for the two men who took his life.

“He was everything to me,” his widow, Munoz, said via a translator. 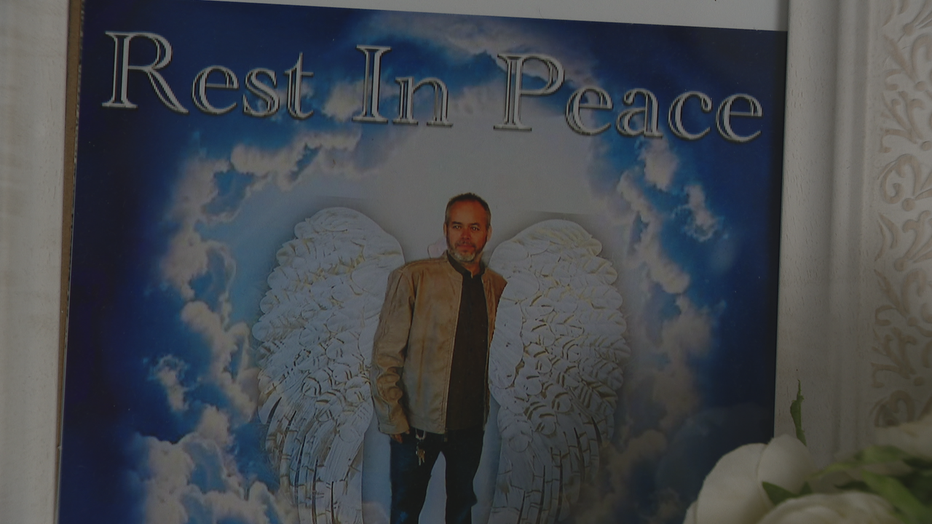 “They were getting ready for bed, you know, their nightly routine. There was, like, some food that had been left over,” Vasquez described the moments before Martinez was killed.

She explained that he wanted her to go with, but she told him no and for him to wait because she didn’t feel good and was going to check her blood pressure.

She said they would go everywhere together, even to take out the trash, then walk around the complex for exercise.

That night, she didn't go, and then waited for him to come back, but he never did.

“It’s horrible because we had…this is the first time we ever experienced a death in our family, and just the way it was it’s really hard, very, very hard, especially for the kids. He had a lot of grand kids,” Vasquez said.

The two who took his life were seen on surveillance video seconds before the painter was fatally shot.

One was in all black, while the other was in a black top and white or light colored pants. They ran into the nighttime darkness after killing Martinez.

The family is hoping someone sheds light on who they are.

“Whatever happened to us, I really don’t wish this on anybody. And I would hate for them to be out there and then just do it to somebody else,” Vasquez added.

The thoughtless killers got nothing, as Martinez’s wallet, which was filled with cash, was still in his back pocket when he was found.