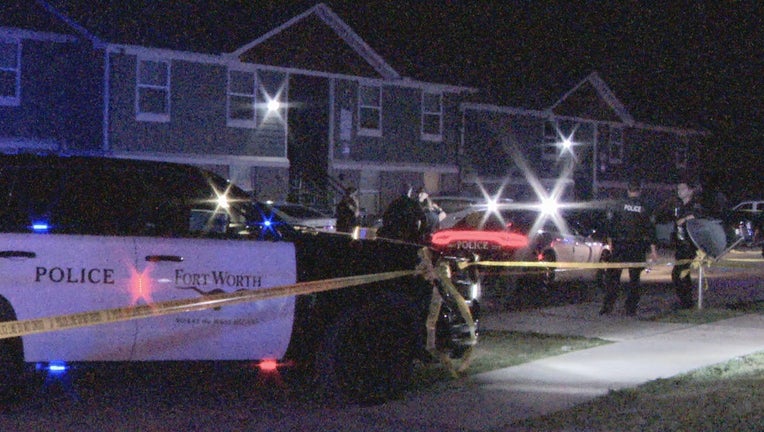 FORT WORTH, Texas - Police are looking for the person who shot two people, killing one of them, outside a Fort Worth apartment complex.

The fatal shooting happened just before midnight Tuesday at a complex near Cleburne Road and Bowie Street, which is about a mile west of the Texas Christian University campus.

Officers arrived to find one man lying in the parking lot and another on the sidewalk.

Paramedics took the man who survived to the hospital. He has life-threatening injuries.

There’s no word what may have led up to the shooting.

Police said they are interviewing several witnesses to determine a motive and description of the suspect.

One person in custody after deadly weekend Deep Ellum shooting