45-year-old Douglas Egan is facing aggravated assault with a deadly weapon and improper photo/video in a bathroom charges in connection to the incident.

FORT WORTH, Texas - Fort Worth police have released more information about an incident at Hulen Mall on Christmas Eve that ended with a man being arrested.

45-year-old Douglas Egan is facing aggravated assault with a deadly weapon and improper photo/video in a bathroom charges in connection to the incident. 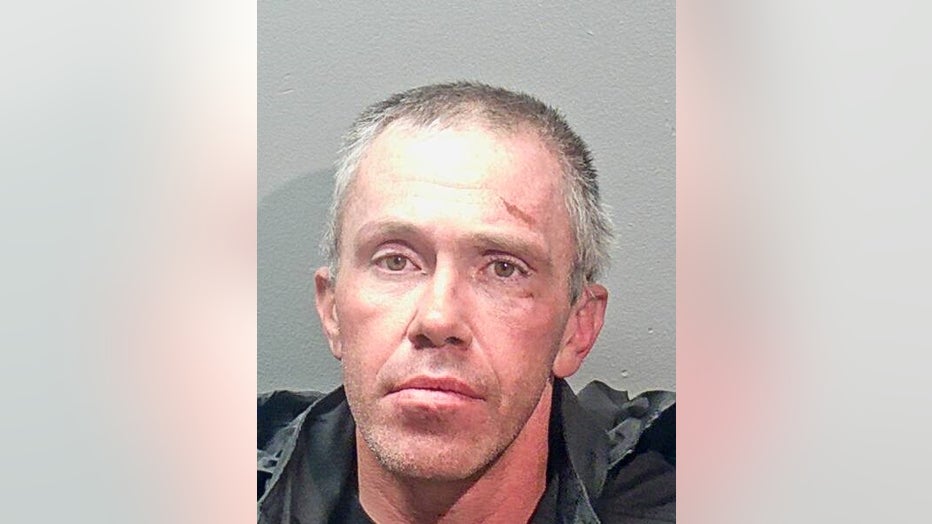 Shoppers at Hulen Mall were in a panic around 4:30 p.m. on Christmas Eve, after police say a woman claimed someone threatened to shooter her.

Teena James says she got a text around the same time from a daughter who works at the mall saying someone inside had a gun.

"As a parent you have to understand how disturbing that was to me as a mother of 4 where we’re worried about our children’s safety every time they leave the house," said James.

Fort Worth police say after speaking with the victim they learned the confrontation started in the women's restroom.

"While she was using the restroom, she observed what she believed to be a cell phone coming from underneath the stall," said Fort Worth police corporal Joshua Johnson.

Johnson says the woman quickly exited the stall and started chasing after a man later identified as Egan, who she says was dressed up like a woman.

Police say the victim followed Egan all the way outside.

That's when another man saw what was happening and tried to stop the suspect from leaving.

"At that point the suspect pulled out and presented what appeared to be a gun," said Johnson. "He pulled it from a backpack which he was carrying and pointed it at that first witness and then continued to flee."

Police say more and more witnesses started to gather, all of them zeroed in on Egan from a distance.

Officers later arrested him at a nearby apartment complex.

The mall was placed on lockdown around 5:30 p.m. until closing time at 6 p.m.

"Thank you to the good Samaritans for stepped up, who saw a confrontation they deemed to be inappropriate and just got involved. It takes the community getting involved to protect us," said Johnson.

Police say it turns out Egan's gun was a "pepper ball" gun, a less-lethal weapon used for self-defense.

Egan is a registered sex offender who had previously been convicted of felony indecency with a child in Dallas and multiple misdemeanors for indecent exposure.

"It's extremely unfortunate that someone would take advantage of an individual just as they're using the restroom for their own personal gains," said Johnson.

Egan is still on the Texas Sex Offenders registry, which shows he served 7 years in prison and was released earlier this year.