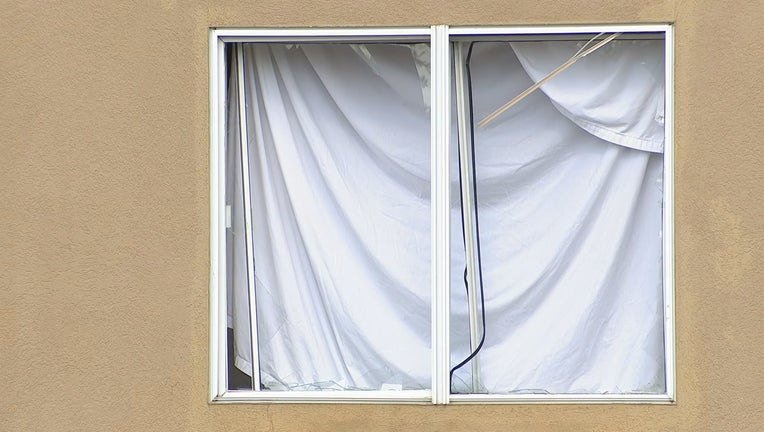 DENTON, Texas - The Denton Police Department asked the Texas Rangers to investigate the death of a man in their custody this week.

According to police, officers went to the Super 8 Tuesday night after getting complaints that a man was screaming inside a room. He had broken windows and caused other damage.

The officers entered the room and tried to talk the man into surrendering but said he came at them with a piece of a broken bed frame and asked them to shoot him.

Dallas murder suspect missing after being released on $1K bond

They backed out of the room at that point and returned after he seemed to have calmed down a bit. Eventually the man let officers retrain him.

"He was handcuffed with absolutely no force at all from our officers. There was compliance from him. But a couple of times during that exchange he did flail around a little bit and try to kick. So, we did have an officer that was merely making sure that his legs didn't come above his waist," said Denton Police Chief Frank Dixon.

Once in custody, the man suffered some fort of medical emergency. He died at the hospital.

Chief Dixon praised the officers for the professional way they handled the situation but still asked the Texas Rangers to look into the death.

The name of the man who died has not yet been released.