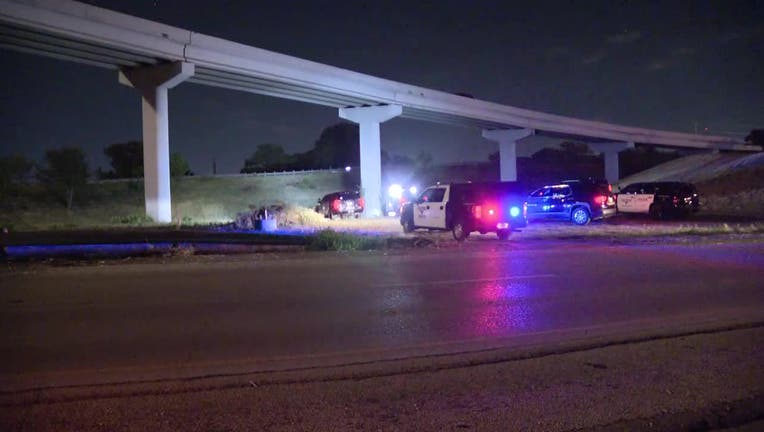 FORT WORTH, Texas - A man is dead after falling off a bridge in Fort Worth Saturday night.

This happened just before 9:30 p.m., when police said two vehicles were stopped on the ramp that connects Highway 287 and I-30.

The two vehicles were involved in a minor crash.

Police said a third vehicle struck one of the vehicles or one of the drivers, and that caused a driver to fall off the bridge.

The man, whose name was not released by police, died on impact after falling about 100 feet.

READ MORE: 1 dead in crash involving wrong-way driver on I-45

The driver of the third vehicle was detained by police.

No word yet on if that driver will be charged with a crime.