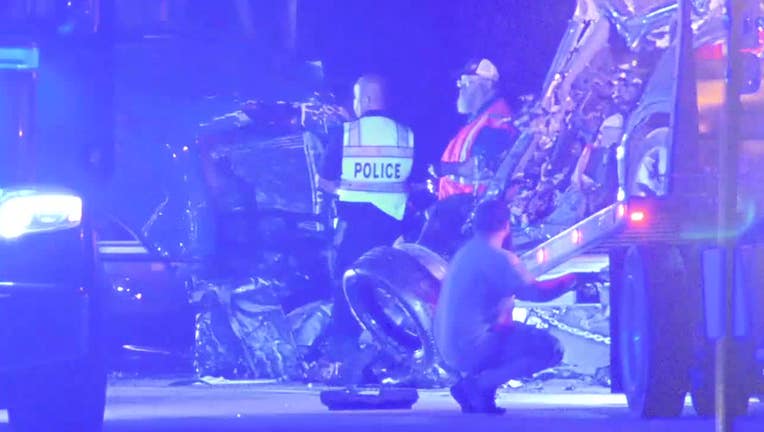 WILMER, Texas - One person is dead following a head-on crash involving a wrong-way driver on I-45 in Wilmer early Sunday morning.

The wreck happened just after 3 a.m., along I-45, just before Malloy Bridge Road, southeast of Dallas.

Law enforcement on the scene said an SUV was going north in the southbound lanes of I-45, before slamming head-on into an 18-wheeler.

One person was pronounced dead at the scene.

The driver of the 18-wheeler was not injured.

No further details have been released as authorities continue to investigate.