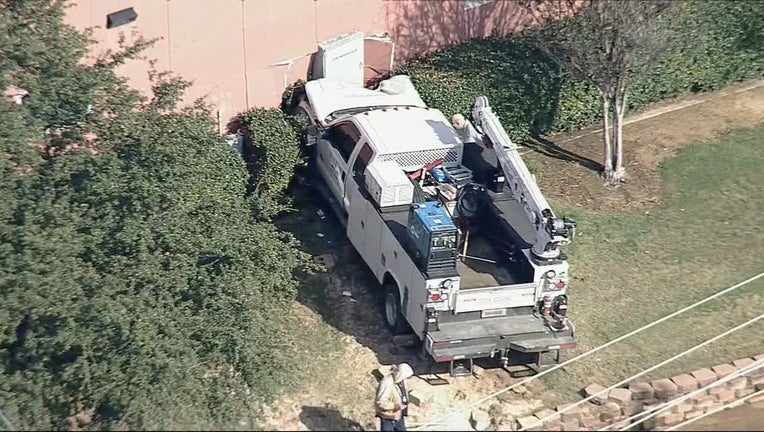 HURST, Texas - The man who crashed a truck into the side of a fire station in Hurst died from his injuries.

The accident happened Tuesday morning near the intersection of Precinct Line Road and Cannon Drive.

Hurst police said the driver of a utility truck suffered a medical emergency and crashed into the side of Hurst Fire Station #1.

He was taken to the hospital but did not survive.

The crash also caused a major power outage in the area because several utilities poles were knocked over.