GARLAND, Texas - A Garland police officer has been arrested and charged with intoxication assault after hitting and injuring a woman on New Year’s Day.

Garland police say Officer Louis Ellis is on administrative leave while Farmers Branch Police investigate the crash. The woman he is accused of hitting is still hospitalized.

The Farmer's Branch Police Department has been tight-lipped about their investigation.

"One of my biggest fears is exactly what happened, getting a call in the middle of the night that something is wrong," said Temika Wesley, mother.

Wesley’s 25-year-old daughter, Ja'meka Brown, remains in the ICU at Parkland one week after the crash.

FOX4 filed an open records request for the arrest affidavit, which confirmed that Garland police officer Louis Ellis was arrested and charged with intoxication assault with a vehicle. 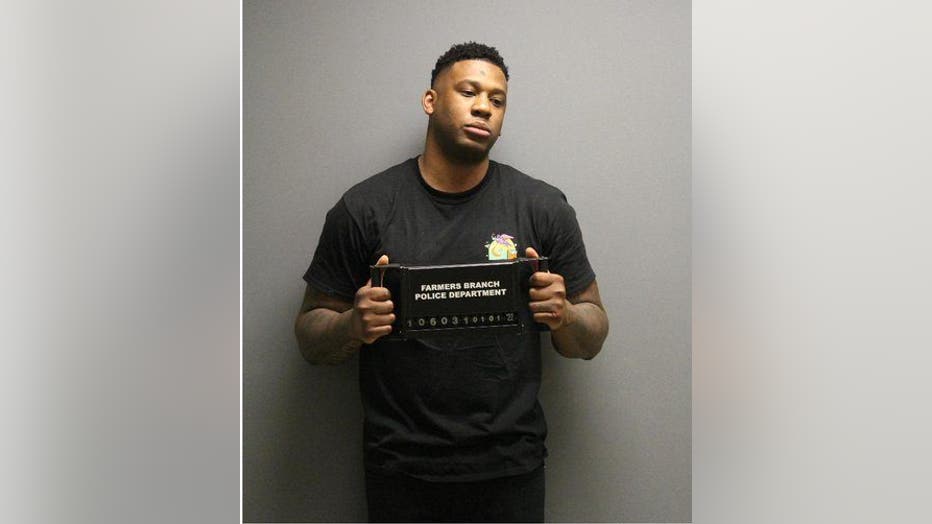 The report was heavily redacted. But it states, in part, "on January 1...Louis Jerel Ellis did operate a motor vehicle while intoxicated...and cause serious bodily injury to Jameka Brown."

Brown's sister witnessed the off-duty officer hit her sister and gave FOX4 more details, saying that she estimates her sister was thrown about 20 feet when she was hit.

"I was in a fender bender she got out to take pictures of the other car and see if I was okay, and as she was walking toward me, he was speeding, popped the curb and that is when he hit her," Jaquita Brown said. "She went flying. I ran up to her, making sure she was still here. I told her to stay strong think about JoJo, he needs you, no one can be your mom like you."

Jaquita says the officer did not come to check on her sister.

"He was still in his car making calls, then came over to us saying he didn't hit her," Jaquita said.

Wesley says there was one point she thought her daughter was not going to survive.

"They ended up not being able to complete the surgery. Ja'Meka ended up in the ICU on a ventilator," she said.

Ja'meka is now off the ventilator, but doctors say she will be wheelchair bound for at least 3-6 months. 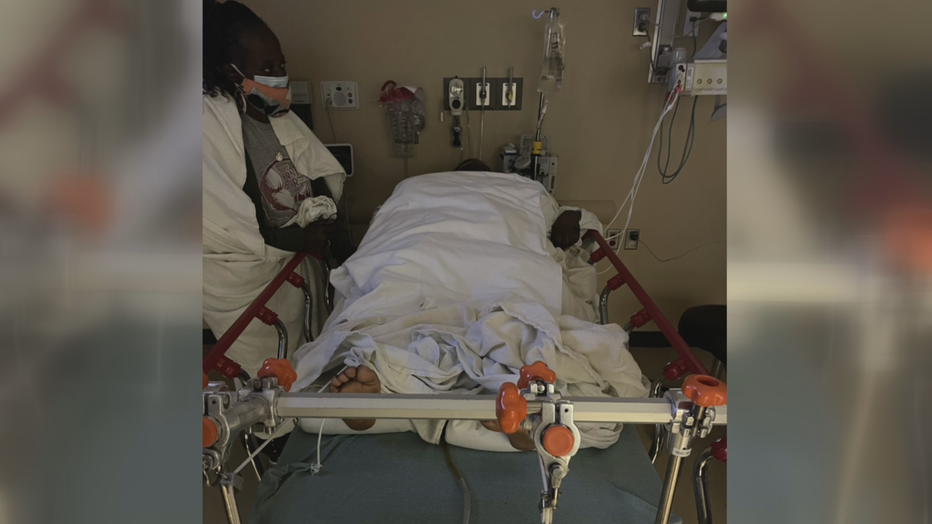 "She is used to working and taking care of herself," Wesley said. "I'm disappointed in the officer and Garland Police Department. By him being a police officer he is one of theirs off duty or not. No one has checked on Ja'Meka."

FOX4 attempted to reach Ofc. Ellis, but was unable to do so.

"I want him to know what he did to my daughter, the extent of her injuries and pain, and she has a 3-year-old son," Wesley said.

The Garland Police Department told us that the officer has been with their department for two years.