A man convicted of three DWIs and now convicted of murder for a wrong-way drunk driving crash may soon be able to bond out of jail before he’s sentenced to prison.

DALLAS - A man convicted of three DWIs and who’s now convicted of murder for a wrong-way drunk driving crash may soon be able to bond out of jail before he’s sentenced to prison.

Then, 30-year-old Chaz Thames — a three-time convicted drunk driver — was going the wrong way on October 28, 2019, on the Dallas North Tollway.

At the time, Thames was out on parole for his third DWI conviction.

Prosecutors said he’d been bar hopping, downed 16 beverages, and had a blood alcohol concentration of .268 — more than three times the legal limit — when he crashed head-on into Taylor’s car.

Prosecutors said Thames, who’d been on house arrest and ordered to do regular breath tests, violated his parole yet again on March 28 by leaving home on foot after a fight with his girlfriend, skipping some of his scheduled breath tests. 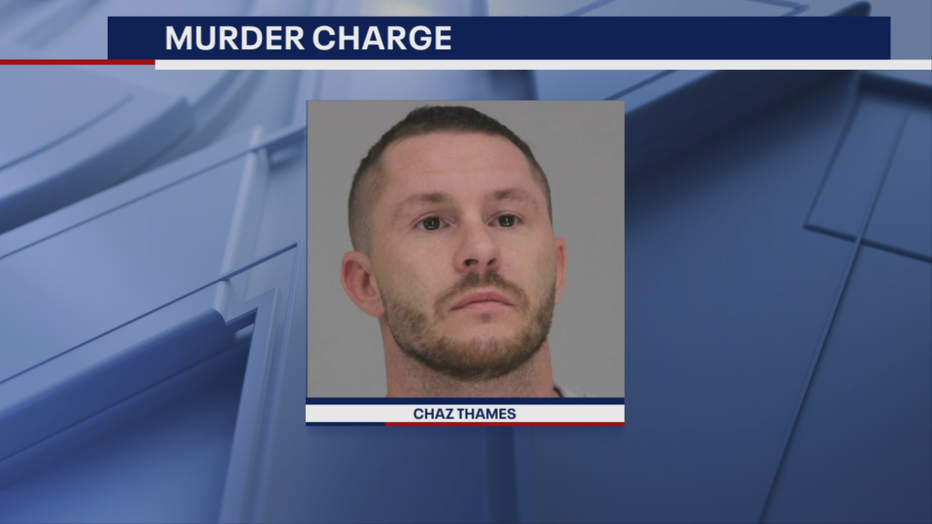 His defense attorney told the judge his client takes responsibility for the drinking, but argued Thames was not behind the wheel.

"We urge to the court, at no times has Mr. Thames been a danger to anyone since he’s been on bond," attorney Ted Shoemaker said.

The bond amount is at issue again because Thames pleaded guilty Thursday morning to murder for Taylor’s death.

Judge Audra Riley determined his fate until sentencing next month.

Prosecutors asked her to set no bond, keeping Thames behind bar, or set it at the original amount of $500,000.

The judge went with $500,000 bond, with house arrest and electronic monitoring.

"We are loading our roads with weapons every day," said Larry Taylor.

Taylor represents the victim’s family in several civil lawsuits against the establishments that served Thames the night he crashed into Taylor.

"We would have preferred the no bond," he said. "There’s nothing to stop him from hopping in a car and driving at any particular moment."

Prosecutor Aulbaugh said that how today unfolded isn’t that unusual.

"Most courts, in the majority of cases with the exception of some really high profile or death penalty case, will almost always issue a bond in regards to a case. I can tell you $500,000 is definitely the high end."

It’s little consolation for the Taylor family who fear what could happen between now and sentencing.

"Unfortunately, those who take advantage of the system time and time again are not always held accountable," Chrystle Taylor said. "We are concerned for the safety of others."

Thames is scheduled to be sentenced for the murder charge on May 27.