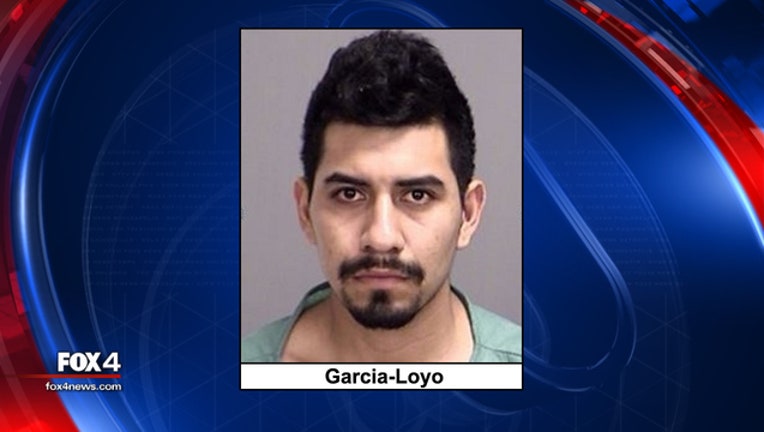 COLLEGE STATION, Texas (AP) — An Austin-area man arrested in Fort Worth is charged with murder for the shooting death of a 21-year-old Texas A&M student killed at her off-campus apartment over the weekend, police said Monday.

College Station police said Victor Manual Garcia-Loyo, 22, of Del Valle, had been dating Maricarmen Quiroz-Octaviano. Police were called Saturday night to her apartment complex not far from the A&M campus after reports of gunfire.

They found the woman's body inside her apartment.

Police said detectives contacted Garcia-Loyo by phone and he agreed to come in and talk with them but never showed. Investigators were able to track him by his cellphone to Fort Worth, where police found him at a residence Sunday. He was carrying the driver's license of Qjuiroz-Octaviano and a 9mm handgun. He also had what appeared to be a gunshot wound to his hand.

Authorities said Garcia-Loyo told College Station police who went to Fort Worth to interview him that he shot the woman during an argument and shot himself in the hand during the gunfire.

He was returned to Brazos County where he was jailed Monday without bond on a murder charge.

Police described the shooting "an isolated incident" of domestic violence and said the public was in no danger.