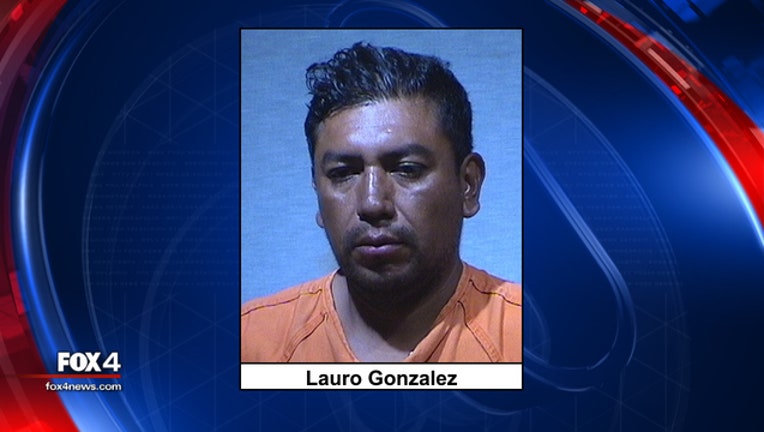 GARLAND, Texas - Police have arrested a man accused of causing a gas leak in Garland Saturday morning, in what police believe was an act of vandalism.

This incident happened at about 5:30 a.m., when officers were called out to a gas leak in the 5300 block of North Garland Rd.

Responding officers heard gas coming from a regulator station in front of one of the nearby businesses.

Several test points were intentionally damaged, and officers found a bag nearby that had identification information for 40-year-old Lauro Espinosa Gonzalez.

During their investigation, police got a call about an unconscious man across the street.

Officers found the man, and it turned out to be Gonzalez.

He was initially arrested for misdemeanor warrants, but officers were able to determine that Gonzalez was responsible for the damage that caused the gas leak.

Gonzalez was charged with criminal mischief – damage to public utilities.

Several businesses were evacuated, and nearby lanes of President George Bush Turnpike were closed for a time, but have been reopened.