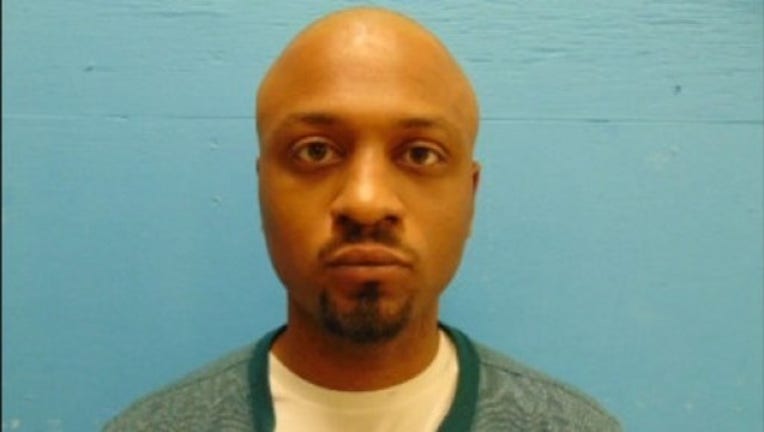 He came inside her restaurant restroom, and left wearing tactical gear.

"He came out with a mask on one of those construction masks or surgical mask or whatever and with sunglasses," said Gabrielle Jimenez on Sunday, who called 911.

"He said he was going to fulfill a prophecy at a church," said Ofc. Tanya Brown, Seguin Police Department.

Albert, who Seguin PD says is from the Houston area, is charged with felony possession of a firearm and possession of marijuana. Albert had a lengthy criminal record with charges dating back to 2009.

They consist of assault, resisting arrest, DWI, possession, and also trying to steal a weapon from a cop.

On Monday, Vidor Police informed the public that Albert said he was targeting the First Baptist Church in Vidor, which is more than 250 miles from where he was seen in Seguin. The police also said Albert has a history of mental illness.

Police departments across Central Texas and the nation have all been sharing their thoughts on what could have turned into yet another mass shooting.

“Long before I ever had a badge, I had a gun, and I just think you need that in today's world to protect yourself,” said Chief Whitney Whitworth, Thrall Police Department.

Police Chief Whitney Whitworth from Thrall says seeing situations like these remind him that when it comes to his thoughts on carrying, it's a no brainer.

He believes the shootings are becoming all too common and thinks all should have a chance to defend themselves from any attacker.

“They had nowhere to run, they hid and all they did was count their minutes and seconds until their time came up to be shot,” said Whitworth, in reference to previous mass shootings in America.

Whether you feel gun control is the answer, or arming citizens, one thing all can agree on: It’s important to act fast and call the cops when something seems suspicious.

Thanks to the quick thinking of a Seguin citizen, another "Sutherland Springs" just might have been prevented on Sunday.