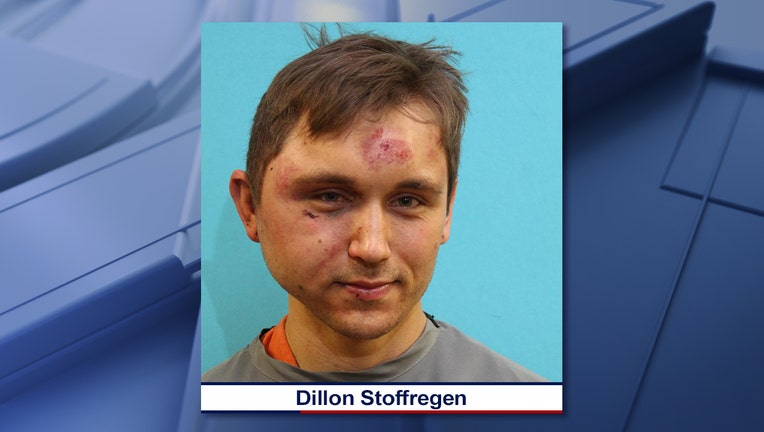 CARROLLTON, Texas - A 26-year-old Flower Mound man is accused of stabbing two people and strangling a third after a crash in Carrollton.

Police said Dillon Stoffregen got out of his vehicle and attacked the drivers involved in the crash, just before 5 p.m. Thursday on I-35E.

He also attacked a passerby who tried to intervene, according to police.

Three people were taken to hospitals. Their conditions are not known.

Stoffregen was also injured and will be booked into jail on aggravated assault charges after he is released from the hospital.

Police are asking anyone who recorded either the crash or the assaults that followed to call them at (972) 466-3333 or email CrimeTips@CityofCarrollton.com.