A teachers union survey of Texas school employees shows they overwhelmingly do not want to be armed.

DALLAS - A teachers union survey of Texas school employees shows they overwhelmingly do not want to be armed.

Instead, it shows they favor new laws that would restrict the age someone can buy a gun and require comprehensive background checks.

The survey by the Texas American Federation of Teachers found 77% of school employees do not want to be armed in the classroom.

It also found the vast majority of teachers are worried about a shooting happening at their school.

Dallas ISD teacher Katrina Rasmussen says she has already experienced multiple lockdowns from gun incidents on her campus. She feels like most of the teachers who responded to a Texas-AFT survey about how to make schools safer. 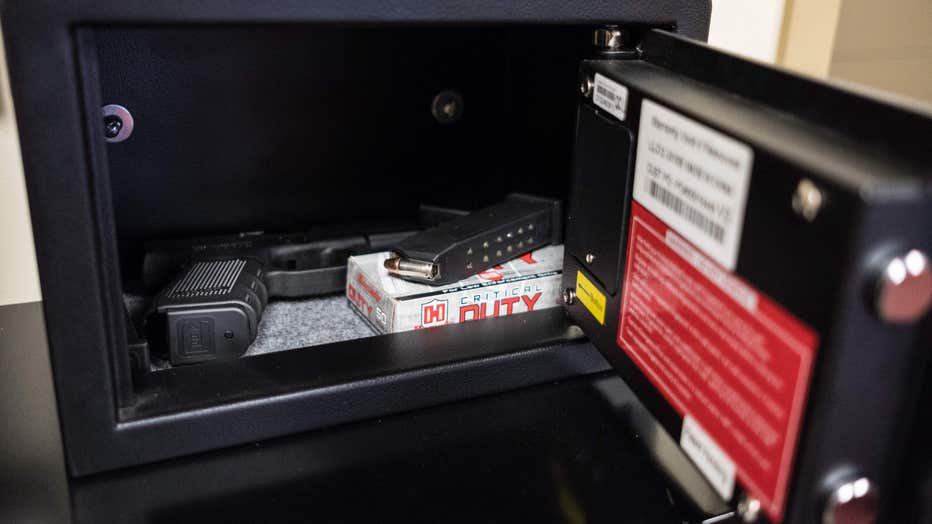 Guns in a fingerprint activated safe, placed in designated classrooms around Sidney High School in case of an active shooter, are seen at the high school in Sidney, Ohio, October 31, 2019. - (Photo by Megan JELINGER / AFP) (Photo by MEGAN JELINGER/AF

"I can’t imagine myself or colleague keeping a gun safely in a classroom with 30+ teenagers. In the aftermath of a pandemic that has left us all trigger-happy, would you want to go to work on an environment like that?" she said.

Texas-AFT President Zeph Capo said the idea of arming teachers has been met with a "no thanks" from 77% of AFT members it recently surveyed.

"I hear from members, ‘How do they expect me to pay for gun training or buy a gun or keep up with it? They can’t even pay for school supplies,’" he said.

The survey also found 90% of Texas school employees worry a shooting could happen at their school, and 42% said Uvalde may affect their decision to return to school this fall.

Capo said he learned a valuable lesson in light of the second mass school shooting in Texas in just four years. In 2018, eight students and two teachers were killed at Santa Fe High School in the Houston area.

"What I feel guilty about every day is maybe we didn’t do enough after Santa Fe," he said. "Had we done more after Santa Fe, we may have been able to stop Uvalde."

The survey found 83% of school employees favor a ban on assault-style weapons, and 96% support raising the minimum age for all gun purchases to 21.

"A young adult can't get a pistol until they are 21. So why can they get an AR-15?" said AFT President Randi Weingarten. "That is the importance of this survey. Texans are saying we need to do something."

Gov. Greg Abbott has called mental health reform a priority in the wake of Uvalde. However, Texas ranks last in the nation in overall access to mental health care.

Texas-AFT is calling on lawmakers to fund more counselors to meet the recommended guidelines of one counselor for every 250 students.