Lumber thieves taunt Fort Worth victims: "Thanks for the wood"

North Texas home builders are being hit hard by thieves.

FORT WORTH, Texas - North Texas home builders are being hit hard by thieves.

Some arrests have been made, but more cases affecting builders and homebuyers are under investigation.

Lumber thieves in Fort Worth are taunting their victims.

A graffiti message left behind for a home builder said, "thanks for the wood."

Investigators say the criminals found a hidden tracker inside the lumber and removed it before stealing tens of thousands of dollars in materials. 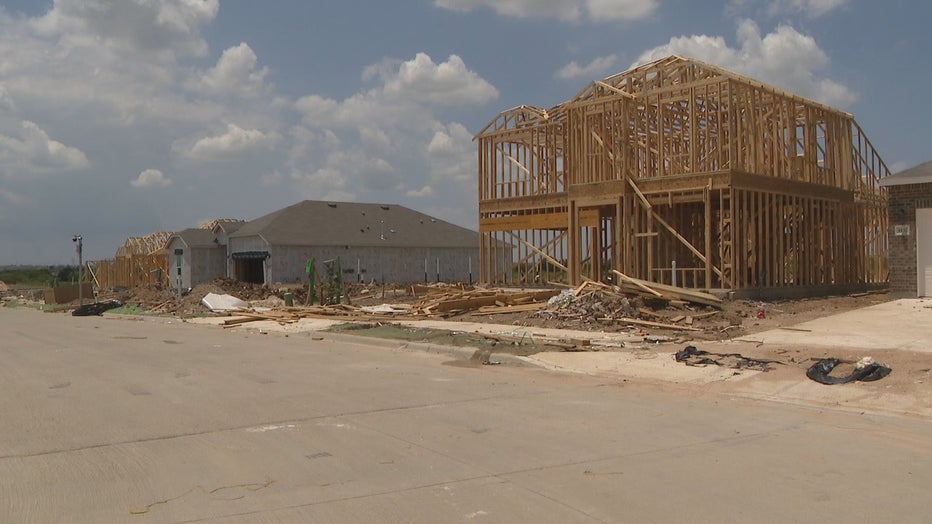 The theft occurred in June at the Pulte Timber Ridge new home community.

"A total of $8,000 worth of lumber was taken from that location," explained Fort Worth Officer Jim Pollozani. "It appears other instances have occurred at that location that involved one of our group home construction sites that didn’t report it. It comes out total so far taken is well over $42,000."

Investigators say it appears no area is off-limits for the crooks.

There was a new arrest in a major Parker County lumber theft ring over the weekend: 18-year-old Octavio Perez. It brings the total to four people facing charges in an elaborate scheme there.

The Parker County Sheriff’s Office released some photos showing some of the recovered lumber and building materials found stashed under tarps at several homes in Tarrant County.

The demand and the black market for the wood and construction panels in part is prompted by the pandemic production slowdown.

Builders aim to protect their investment by installing trackers into the lumber, which is a safeguard some thieves are circumventing. The crimes affecting not only the builders but their customers too.

Investigators hope security cameras, surveillance and hidden trackers will translate into a deterrent and head off some of these thefts.