The Parker County Sheriff's Department says it arrested and charged several people wanted for stealing tens of thousands of dollars’ worth of construction supplies.

DALLAS - The Parker County Sheriff's Department says it arrested and charged several people wanted for stealing tens of thousands of dollars’ worth of construction supplies.

Building materials are a hot commodity and hard to come by due to the pandemic production slowdown. That’s why they’ve become a big target for thieves.

"The lumber companies are all backed up and they get put on a waiting list. Then it gets stolen. It’s really hurting these companies," said Matthew Scurry, investigator, Parker County Sheriff’s Department.

Carlos Mendoza, 45, Ivan Dominguez, 19, and Nathan Baez, 17, have been arrested. Another suspect, Octavio Perez, 18, is still at large.

"Two of them are roofers, another is a general contractor and another one inspects and does bids for roofs," Scurry said.

The sheriff said the suspects would load up the stolen materials from construction sites in Parker, Tarrant and Johnson counties. They would then store them at several different homes throughout Fort Worth. Then, they would sell what they stole to others work crews who were desperate and waiting for materials for roofing and other jobs. 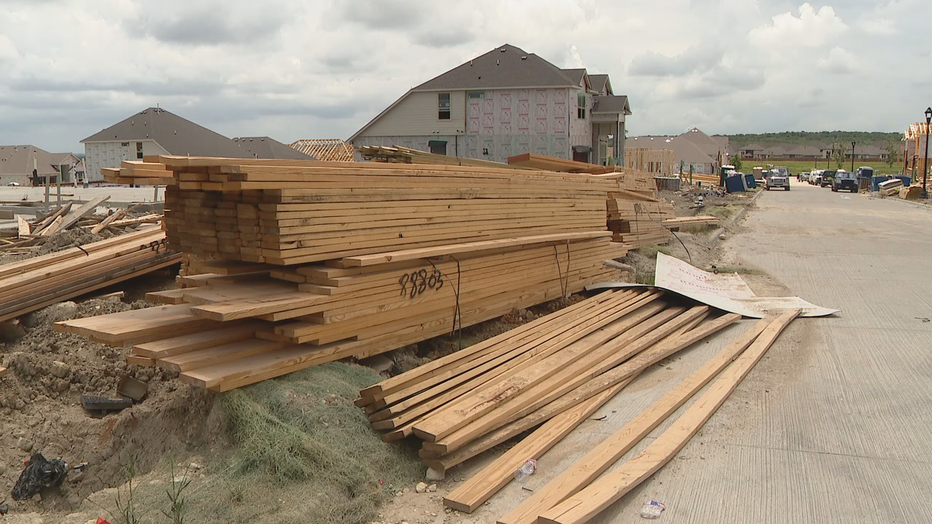 "When they steal it, they’d say, ‘Oh, don’t you have this job coming up? I’ll sell it to you for $40 a sheet.’ But the people already bid the contract at $94 a sheet. So they’ll just pocket the rest of that, make themselves a pretty substantial profit off that," Scurry said.

All of the suspects face felony theft charges in the case involving more than $40,000 worth of recovered lumber and building materials.

Investigators say security video at construction sites and surveillance set up at those homes played key roles in finding the suspects. Officials found pallets of plywood and other lumber under tarps in backyards.

The Parker County Sheriff’s Department said even with the arrests, the investigation is ongoing.