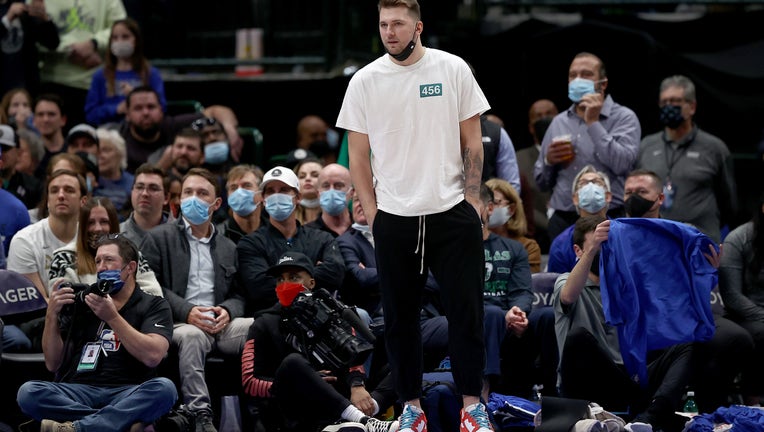 DALLAS - Luka Doncic joined a growing list of Dallas Mavericks unable to play due to COVID-19.

The team announced Wednesday the superstar had entered the NBA’s COVID-19 protocols. That rules him out for Thursday’s game against Milwaukee and likely Christmas Day at Utah.

There are now a total of six Mavericks players in COVID-19 protocols, which makes them unavailable to play. In addition to Doncic, Trey Burke also joined the list on Wednesday. Reggie Bullock, Tim Hardaway Jr., Josh Green and Maxi Kleber were already on the COVID-19 list for Dallas.

Doncic had missed the past five games due to an ankle injury, but was reportedly getting close to a return.

The spread of COVID-19 continues unabated in the NBA. More than 100 players have been placed in COVID-19 protocols in December.

NBA Commissioner Adam Silver said Tuesday the league would not halt the season, despite the growing problems with teams losing players. The NHL announced a nearly week long pause in games earlier in the week due to COVID-19 spread among players.

Mavericks coach Jason Kidd said Tuesday the team would just have to fight through the numerous absences.

"We’ve got to accept this situation. This isn’t going away. It’s going to be here for a while," he told reporters.

Teams are required to have at least eight players able to play for a game to take place. The league is allowing teams to sign new players to temporary 10-day contracts to help fill out rosters.