Lieutenant Governor Dan Patrick is vowing legislation to prevent critical race theory from being taught in Texas colleges and universities. He is threatening potentially punitive action against professors who try to teach CRT.

DALLAS - Lieutenant Governor Dan Patrick is vowing legislation to prevent critical race theory from being taught in Texas colleges and universities. He is threatening potentially punitive action against professors who try to teach CRT.

Patrick says it won't be taught in public colleges and universities.

"Tenure for these professors who voted 41-5 telling the voters and taxpayers the legislator and your own board of regents to get out of your business that we have no say to what goes on in the classroom. You opened the door for this issue because you went too far."

Patrick threatened to strip tenure protection after the faculty council approved the non-binding measure at its Monday meeting.

"This resolution affirms that its educators and not politicians who should make decisions about teaching and learning," said Andrea Gore, professor of pharmacy and toxicology. "And it supports the rights and the academic freedom of faculty to design courses curriculum and pedagogy and to conduct related scholarly research." 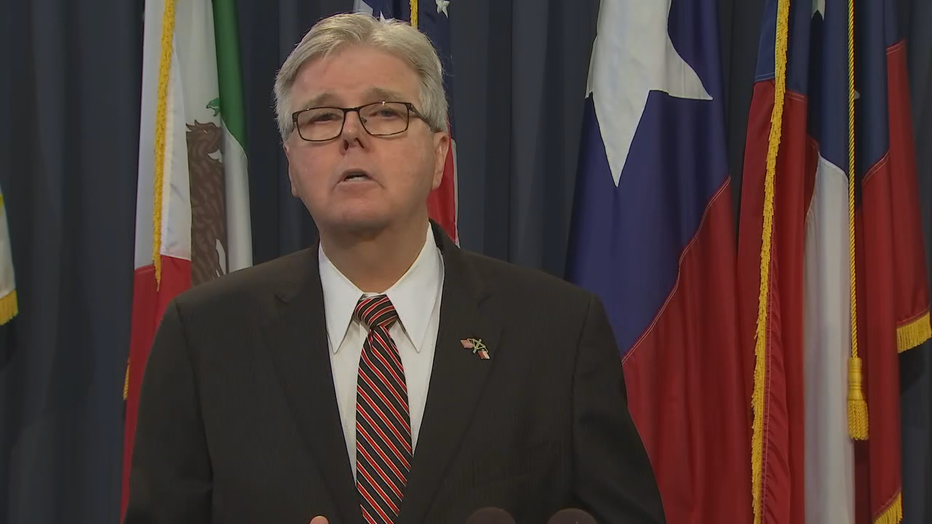 The resolution is defending what it describes as the academic freedom of faculty members to teach about race, gender, justice and critical race theory

Opinions on the faculty council clashed.

"You can't defend academic freedom by promoting this critical race theory approach to diversity equity and inclusion," he said. "They didn't give you autonomy so you could turn our school into a social justice indoctrination camp. They absolutely should be monitoring this. This was a huge breach of trust, and this resolution is incredibly hypocritical."

"You're not being told that you have to this," said Professor Liz Gershoff. "It’s just giving people permission to talk about the truth and what is our historical past as a country."

"So what we will propose to do is end all tenure for all new hires," Patrick said.

The lieutenant governor wants to change the rules around tenure in Texas, including annual rather than six year reviews. He is promising the next legislature will take further action

"The law will change to say that teaching critical race theory is prima facie evidence for good cause for tenure revocation," he said.

Republican leaders in Texas and several other states have attached the critical race theory label to a broad range of racial topics far beyond its origins as a college-level academic concept and have taken steps to ban CRT in public schools.

The lieutenant governor with a warning to UT after hearing how the school used a state grant to develop CRT lessons for fourth graders.

"The University of Texas better get out of that business," Patrick said. "They better watch the money we send them and what they do with it."

The lieutenant governor's pledge to push legislation to ban CRT at public colleges and universities comes one day after the Texas Education Agency announced its requiring new charter schools to provide a statement of assurance that they will abide by state laws on critical race theory before they are allowed to open.