Time ran out in the Texas House to pass new legislation, leaving behind some of the lieutenant governor's priority bills.

DALLAS - Time ran out in the Texas House to pass new legislation, leaving behind some of the lieutenant governor's priority bills.

Lt. Gov. Dan Patrick blasted the House on the Senate floor Wednesday for not passing those bills, blaming the chamber for taking time off during the session.

Last week, the House recessed for two days. Lawmakers from both parties are upset the Senate wasn't moving on its legislation.

But by morning, the lieutenant governor had a plan to resurrect the measures. He announced he was asking Gov. Greg Abbott to call a June special session.

The governor didn’t appear to immediately be on board. He released a statement saying: "Some are trying to end the game before the time clock has run out. There’s still time remaining for the House and Senate to work together to get important conservative legislation to my desk."

Among the legislation that failed was a bill that would restrict transgender student-athletes by requiring them to play as the gender they are assigned at birth. 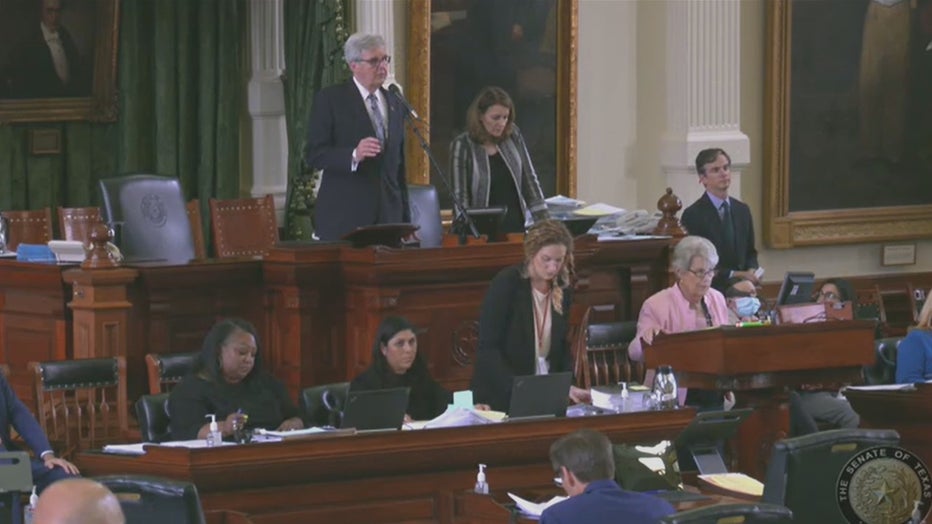 READ MORE: Transgender sports bill among those that died in the Texas House at midnight

Patrick also wants a special session to tackle bills that would end taxpayer-funded lobbying and deal with social media censorship.

"I think he was to be seen as a champion in this variety of honestly relatively popular conservative causes," he said. "I think he wants to sends a message to Gov. Abbott that this is an important set of priorities for the Republican base."

It is ultimately up to the governor to call a special session. But in the past. Patrick has essentially forced a session.

With just days left in the regular session the Texas Legislature, there are already calls to bring the House and Senate back for a special session. Texas Tribune reporter Alana Rocha talks more about that and dwindling hopes for a fix to the Texas power grid.

In 2017, Patrick held up a sunset bill that, if not passed, leads to state agencies dissolving. He was pushing for a bathroom bill at the time.

The governor called a special session, forcing the Senate to tackle the sunset first but also taking up other measures.

Going into Wednesday, the Senate had not passed legislation to extend the life of the Texas Commission on Law Enforcement, perhaps echoing the 2017 move.

State leaders will no doubt be weighing their options as the regular session comes to a close.

"An extra legislative session costs money takes time," Wilson said. "And so democrats will almost certainly say this is a waste of state resources. We don't need politicians in session even longer."

Keep in the mind, there was already going to be a fall special session to take up redistricting because of new census data.