Business owners and people who live in this area are relieved OT Tavern is closed, but the neighborhood association also wants action taken with the bar next door.

DALLAS - A bar in Dallas is now closed after recent violence was the final straw.

OT Tavern closed its doors after the holiday weekend.

Business owners and people who live in this area are relieved the Lower Greenville bar is closed, but the neighborhood association also wants action taken with the bar next door.

The bar closed its doors after the Fourth of July holiday. Tuesday morning, there was a truck removing equipment from inside.

In June, the city of Dallas sued the landlords of 3606 Greenville Avenue, alleging the property owners are not doing enough to prevent crime. 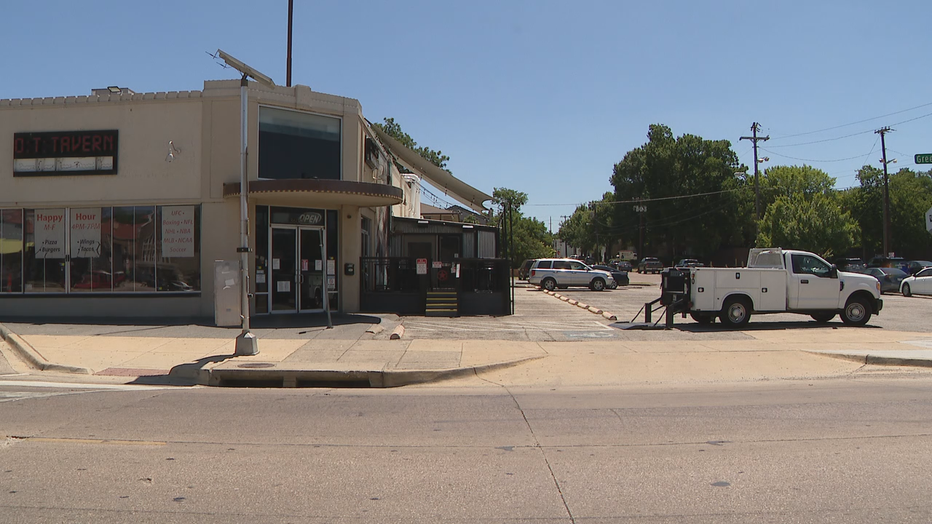 The lawsuit lists one murder, four aggravated assaults, shootings and a sexual assault at and around that address in the past six years.

On June 5, a fight led to a shooting inside OT Tavern. Two people were taken to the hospital.

In April, surveillance video recorded a man firing five gunshots into a car outside the bar after an argument with a man and his girlfriend. One person was shot in the neck.

In March, 20-year-old Cameron Ray was shot and killed outside the bar. It was a drive-by shooting. Police believe it was in retaliation after people in Ray’s group exchanged words with another group.

Jason Caswell is the owner of Chuggin Monk across the street from OT Tavern. Last month, the bar changed its name to Life’s Good Bar & Grill.

AN Nails is next door to Caswell’s bar. The owner didn’t want to go on camera, but he showed FOX 4 the bullet holes in his door and wall he says were from a shooting that happened months ago.

As for why the OT Tavern is closing now, the Lower Greenville Neighborhood Association vice president said that the landlord at 3606 Greenville opted not to renew the lease.

Some FOX 4 spoke with say the crime problem is because of OT Tavern and Bar 3606. That bar is still open. Its liquor license expired Tuesday and is pending renewal, according to the TABC website.