Local Ukrainian businessman in Dallas in touch with employees abroad

Roman Talis owns Kruto Vodka. He lives in Dallas and has been working on a Ukrainian schedule to keep up constant communication with the more than 250 employees he has there. He is terrified for ones back home.

DALLAS - The owner of a Ukrainian vodka company who lives in Dallas is worried about his employees in central Ukraine.

Roman Talis owns Kruto Vodka. He said he's been working on a Ukrainian schedule to keep up constant communication with the more than 250 employees he has there.

It’s difficult to run a business from 6,000 miles away. But it’s even more difficult when that business is in a country that’s under attack.

Talis owns Kruto Vodka and has several hundred employees in Central Ukraine. He moved to Dallas seven years ago. Now, Russia is attacking his homeland.

"Very difficult to understand why," he said. 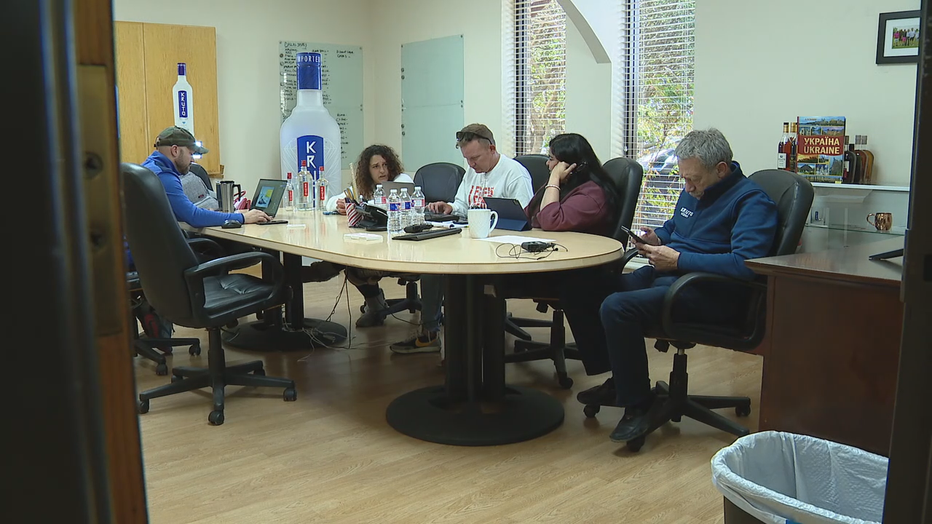 Talis is terrified for ones back home.

"And they’re all sitting in basements or their own houses or subways because a lot of big cities have subway systems which is underground, and it’s very difficult," he said.

Talis stays in almost constant contact. In fact, his cousin called in the middle of our interview to describe explosions and attacks on civilian buildings.

"He is in Kyiv right now," he said. "My heart is completely shattered and blooded because our kids are dying."

Because of the war, Gov. Greg Abbott is calling on Texas businesses to boycott Russian products. Some bars and restaurants are swapping Russian vodkas for Talis’ Ukrainian vodka. He says business is climbing, and his supply is solid.

However, if war continues, there will be logistical issues.

"War creates a problem for regular folks on both sides of the war," he said.

But for now, business takes a back seat to the human crisis in Ukraine.

"Bullets and bombs do not discriminate," Talis said.