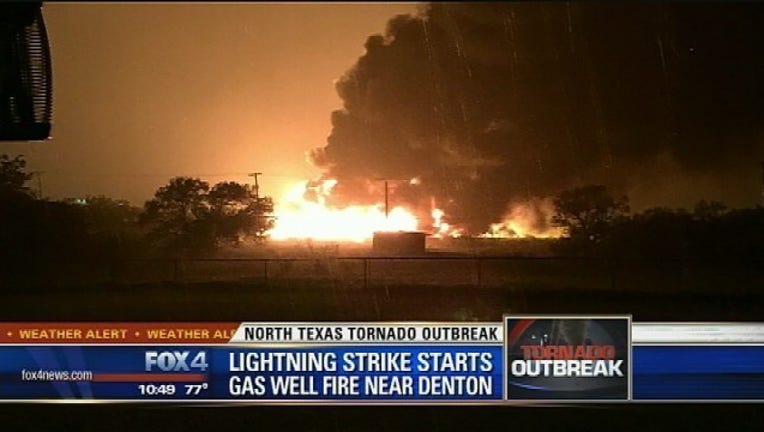 It happened around 10:30 p.m. just as a lightning storm moved through the area.

The well site is off of Interstate 35 near West Windsor Drive and is near a housing development, but no evacuations were ordered.

One resident said he heard a loud noise, and then his backyard lit up bright orange. He and his family ran out of their house to get a better look and then called 911.

"We looked out and you could see the well. It was probably… the tanks were on fire and they were probably burning close to 100 feet in the air at the time," he said.

The well hadn't been active for about six months.

Fire crews couldn't immediately extinguish the fire so they let it burn out on its own.