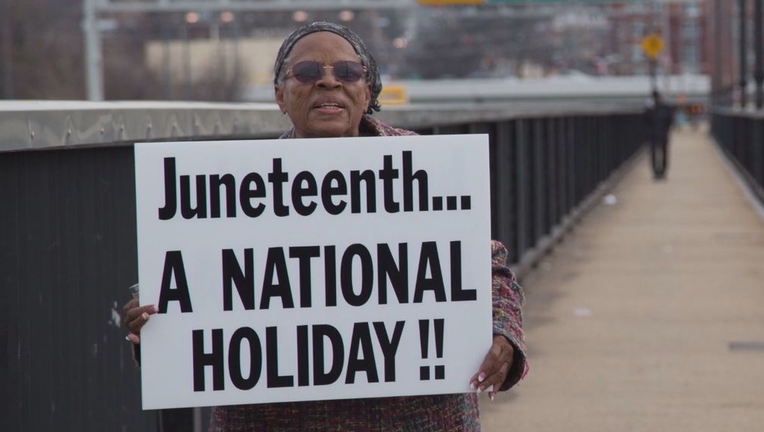 A 94-year-old Fort Worth woman's dream of making Juneteenth a national holiday is closer to reality.

Opal Lee was in Washington D.C. Thursday as bi-partisan Juneteenth bills were introduced in both the U.S. House and Senate.

Texas Congressman Marc Veasey and Senator John Cornyn are among those introducing the federal Juneteenth legislation.

Both have voiced their support

The date, June 19, was first celebrated here in Texas to commemorate the emancipation of African Americans who had been enslaved.

They learned of their freedom two years and six months after emancipation.

"Now let me tell you my dream for the nation, each one of us teach one of us how to love. It's that simple," Lee said. "I said it to the previous administration and I’ll say it again, Juneteenth could be the unifier that's used to bring this country back together."

Lee's decades of effort include a petition drive that has nearly 3 million signatures.