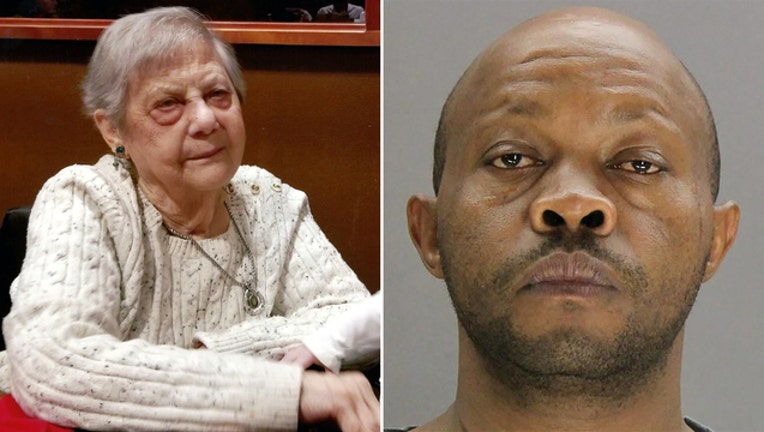 DALLAS - An accused serial killer is now accused in the death of another elderly woman at a Dallas retirement home.

The family of 90-year-old Doris Wasserman filed a lawsuit Monday against The Tradition – Prestonwood for failing to live up to its promise of safety and security of the premises.

The suit claims suspected serial killer Billy Chemirmir was at the senior living facility around the time Wasserman died on Dec. 23, 2017.

Family members had visited with her that afternoon said she seemed to be in fine spirits and good health. But when her son showed up at her apartment for their dinner date, he found her dead in her bed.

They believe she was murdered because her son observed that her chin appeared bluish and there was green mucous near her body, both signs of strangulation or suffocation. Also, the walker that Wasserman used to get around was found near her front door instead of beside her bed and several pieces of her jewelry were missing, the lawsuit states.

"Chemirmir, recognizing the unfettered accessibility of The Tradition – Prestonwood, its lack of internal surveillance cameras and security measures, and The Tradition's indifference to the criminal activity regularly occurring on the premises (including numerous burglaries of residents' apartments), repeatedly accessed the premises of The Tradition for over a year to murder and rob at least nine elderly residents in broad daylight—including Doris Wasserman," the suit claims.

Chemirmir is charged with killing 12 people in Dallas and Collin County. Separate lawsuits claim he killed several additional people at The Tradition facility.

Police said Chemirmir worked in home health care and sometimes posed as a maintenance worker to gain access to his victims. In several cases, he allegedly suffocated the victims and then stole jewelry.

He remains at the Dallas County jail.