A woman is suing Collin County after she says she was denied the right to see a doctor while she was pregnant in jail.

A woman is suing Collin County after she says she was denied the right to see a doctor while she was pregnant in jail.

The lawsuit alleges that she later suffered a miscarriage after enduring an undiagnosed urinary tract infection.

The lawsuit alleges that Collin County incentivizes its third-party medical provider for the jail to cut costs. It alleges that is what led to an inmate being denied the right to proper prenatal care, which, in turn, resulted in the death of her baby.

Lauren Kent says her cries for help for her unborn baby were ignored for 36 days while in the Collin County jail.

"I begged them for help on more than one occasion," she said. 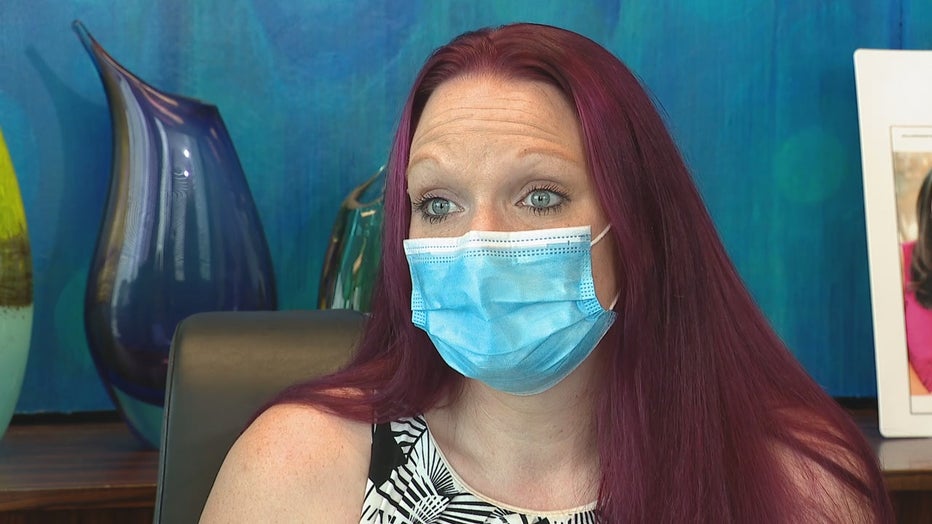 In one message written five days before her miscarriage Kent wrote: I'm spotting a lot and cramping."

The reply was: "Your sick call has been received. You will be seen at the next available sick call. Please be advised you will be subject to a $10 nurse sick call fee."

Two days before her miscarriage Kent wrote, "Please, I'm begging you, I need a doctor."

But as her attorney, Scott Palmer, explains, Kent says she was told her symptoms, including bleeding, did not warrant outside medical care.

"Not only would that be terrifying. That is just inhumane," Palmer said.

According to the lawsuit, a day before Kent’s miscarriage, a physician assistant took a urine sample for the first time and discovered she had a urinary tract infection. It’s a condition that left undiagnosed can lead to pre-term labor.

The lawsuit argues that Kent was denied the ability to see a doctor because Collin County incentivized its medical provider, WellPath, to keep costs down.

"If your boss tells you, you will keep being hired if you keep costs down, they did that and kept getting paid more money," said attorney James Roberts.

"The cost was a human life," Palmer said.

The Collin County Sheriff's Office told FOX 4 in a statement: "Collin County contracts with a third-party medical provider for all medical services provided in the county jail. Collin County denies the allegation made in this lawsuit and will vigorously defend itself in this litigation."

WellPath said: "Due to the recency of the lawsuit, WellPath is unable to comment at this time."

"I want to share my story because something has to be done," Kent said. "It was an innocent baby. It could have all been prevented."

Kent was in jail for using a credit card she says she found in a parking lot. She used it to buy groceries and says she regrets her decision. She was released after 58 days in jail for time served.