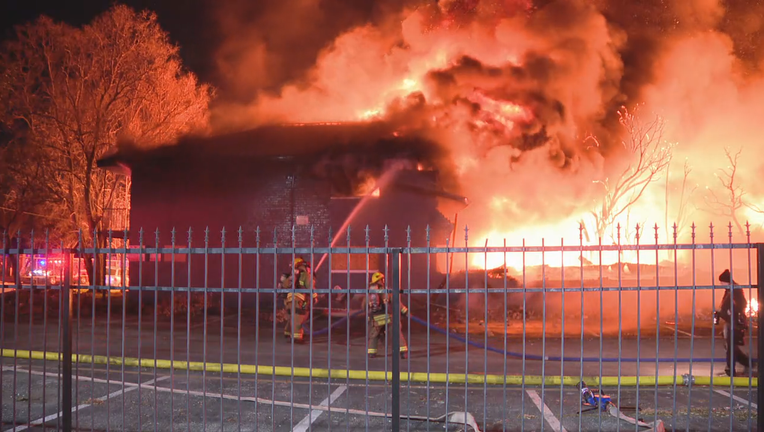 Strong winds fanned the flames and made containing the fire difficult.

It reached a third alarm, about 70 firefighters responding, before the building had a total collapse.