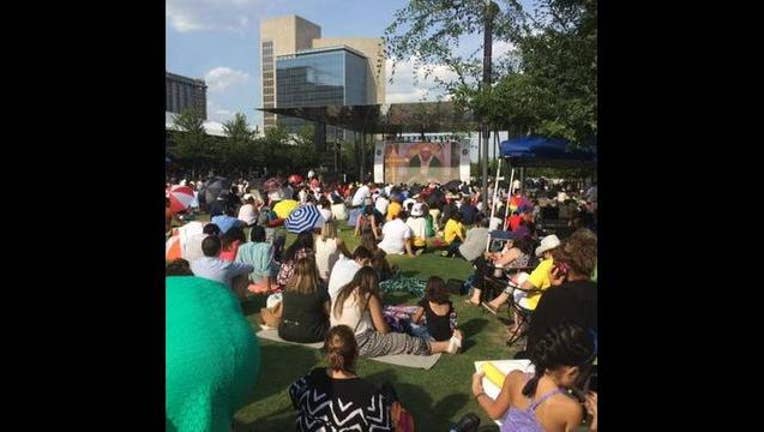 A crowd estimated between three and four thousand attended a viewing of Pope Francis final Mass in the United States in Klyde Warren Park in downtown Dallas.

The event was sponsored by the Catholic Foundation and the Jethsuby Fund and gave the crowd an opportunity to watch the Mass on large screen TVs. In addition to celebrating Mass the crowd got to watch Pope Francis deliver a sermon at the historic World Meeting of Families.

Cathedral of Guadalupe Rector, Reverend Rudy Garcia, said, "The health of our society depends upon the health and well being of our families". The Cathedral hosted the event.