Few details have been released at this time, but investigators said the suspect shot and killed the child's mother, before driving off with the child in the front passenger seat. Their relationship is not clear.

The chase ended with a blown tire near Forney. 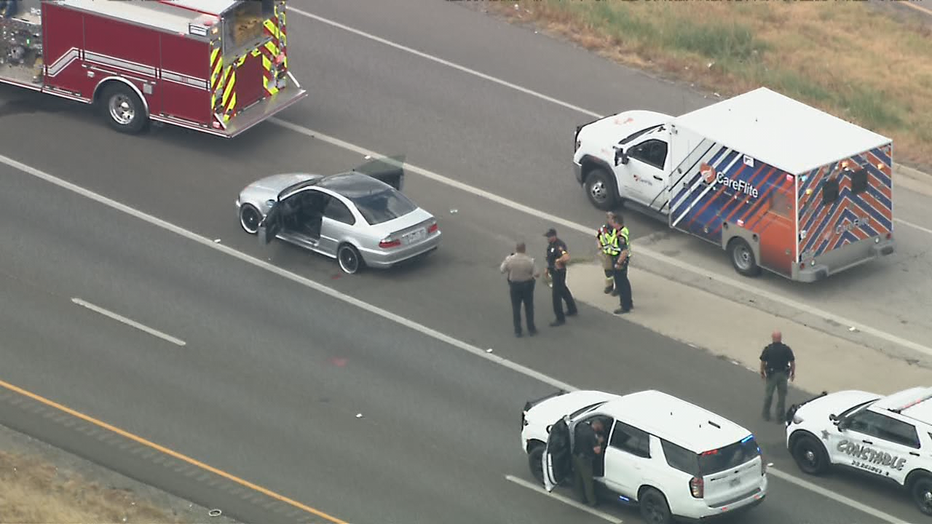 The child was found safe and taken to a hospital to be checked out.