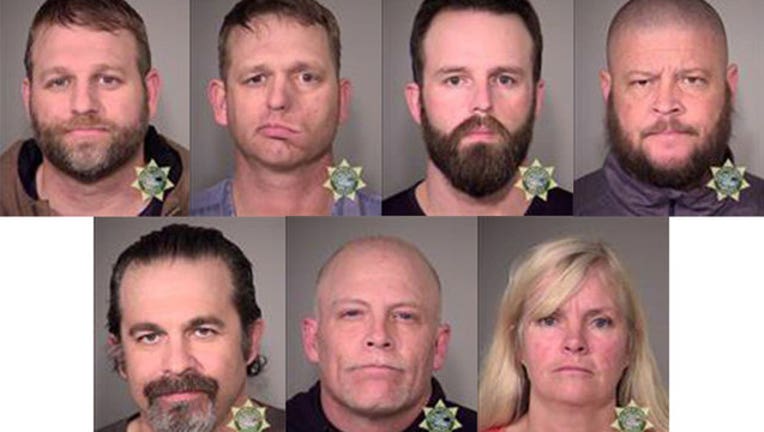 LAS VEGAS - A judge in Las Vegas has decided to dismiss criminal charges against a Nevada rancher and his sons accused of leading an armed uprising against federal authorities in 2014.

The judge severely criticized prosecutors for what she called "willful" violations of due process rights of defendants, including failing to properly turn over evidence to their lawyer.

But she gave the government a chance to submit written documents opposing dismissal of all charges.

The Monday decision is sure to reverberate among states' rights advocates in the Western U.S., where the federal government controls vast lands that some people want to protect and others want used for grazing, mining and oil and gas drilling.

The tense armed standoff outside Bunkerville, about 80 miles (129 kilometers) northeast of Las Vegas, stopped a federal Bureau of Land Management roundup of Bundy cattle from public land including what is now Gold Butte National Monument.

About three dozen heavily armed federal agents guarding corrals in a dry riverbed faced hundreds of flag-waving men, women and children calling for the release of some 400 cows. The cattle had been rounded up under court orders issued over Bundy letting his herd graze for 20 years without paying government fees.

No shots were fired before the outnumbered and outgunned federal agents withdrew.

Several gunmen among the protesters who had assault-style rifles were acquitted of criminal charges in two trials last year.

Ryan and Ammon Bundy also were acquitted of federal criminal charges in Oregon after an armed occupation in early 2016 of a national wildlife refuge to demand the government turn over public land to local control.

Payne awaits sentencing in that case but is trying to withdraw his guilty plea to a felony conspiracy charge that is expected to bring a sentence of more than three years in prison.

In Las Vegas, Navarro declared a mistrial Dec. 20, leaving Cliven Bundy as the only one of the four defendants still jailed after refusing the judge's offer of release to house arrest.