A Dallas judge has ruled Gov. Greg Abbott's ban on mask mandates does not help combat the pandemic.

DALLAS - A Dallas judge has ruled Gov. Greg Abbott's ban on mask mandates does not help combat the pandemic.

It grants Dallas County the authority, at least for now, to go ahead and defy the governor's order and require masks.

A group of North Texas parents is fighting to give school districts the power to issue mask mandates.

Dallas County Judge Clay Jenkins declares he has the authority as well.

Attorneys for Jenkins and for some North Texas parents argued Gov. Abbott overstepped his authority by limiting the actions local officials can take during the COVID-19 crisis.

Attorneys for the state claimed Jenkins is a "designated agent to Governor Abbott and is subject to his control".

Last week, Judge Jenkins mandated masks at county commissioner meetings and tossed Commissioner JJ Koch out of the meeting for refusing to wear a mask. Koch sued, saying Jenkins could not mandate masks at meetings.

This week as the Dallas ISD announced a mask requirement defying the governor, Judge Jenkins filed his own lawsuit challenging the governor's ban on mask mandates.

"I will do all that I can to protect the public health and the people of Dallas County," Jenkins said. 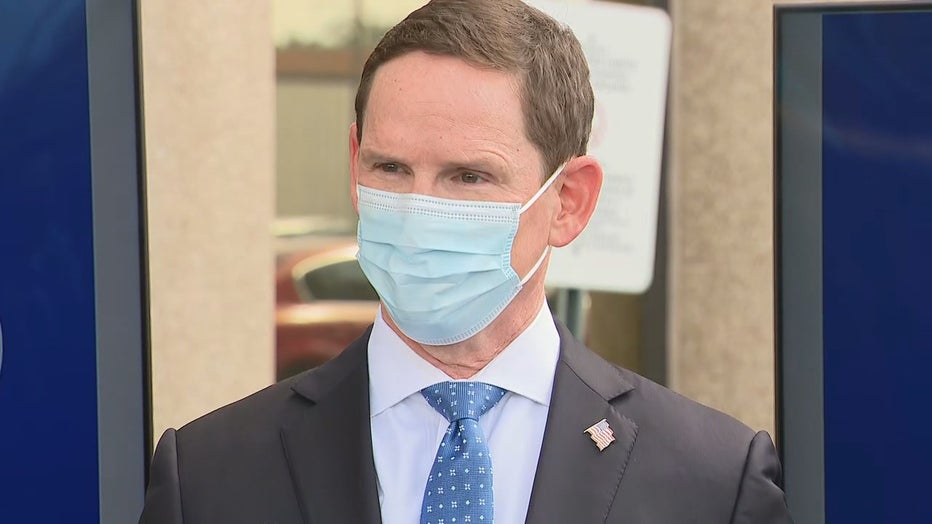 Also in Tuesday's hearing and part of the legal challenge to the governor's order was parent and attorney Jenna Royal.

"It is not his decision to tell school boards what they can and cannot do to protect the children of their school district," she said.

Royal represents a dozen parents from Dallas, Coppell, and Richardson ISD who are medically complex and fragile and rely on in-person schooling.

Right now, masks are optional on Coppell and Richardson campuses.

"Many of these parents are having to choose to put their kids in an environment where they know their kids are going to get sick," Royal said.

And in San Antonio, a district court judge ruled in favor of Bexar County and the city of San Antonio in their joint lawsuit against the governor's ban on mask requirements.

In the first ruling of its kind in the state, the judge issued a temporary restraining that prevents enforcement of the governor's order and allows public school districts specifically in Bexar County to require masks. That ruling does not have any impact beyond the county.