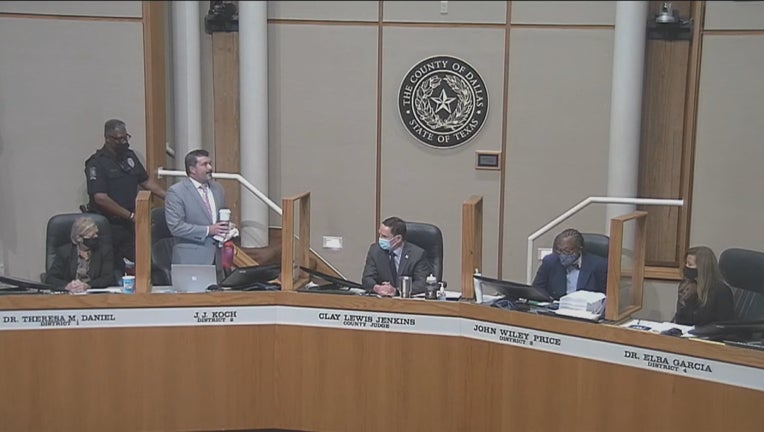 The suit also calls for Jenkins to be removed from office.

Koch, the only Republican county commissioner, was kicked out of Tuesday’s meeting for refusing to wear a mask.

He said an executive order from the governor bans Jenkins from requiring masks.

Judge Jenkins said a state supreme court ruling does give him that authority.