John Wiley Price gets COVID-19 vaccine, hopes to encourage others

He spoke about encouraging minority communities to register and get the vaccine.

The commissioner says he got the shot in hopes that it will also give a shot of confidence for communities of color where studies say nationally over half don't trust government medical care.

"This is just important for the entire community, but especially for African Americans and Hispanics who are, might to some degree, rightly skeptical of the system and the government," Price said.

The commissioner says he hopes his getting the vaccine sends a message to minorities about the government and, what he calls, misinformation.

"The misinformation, the Tuskegee Experiment, is what a lot of our community continue to try and rely on," he said. 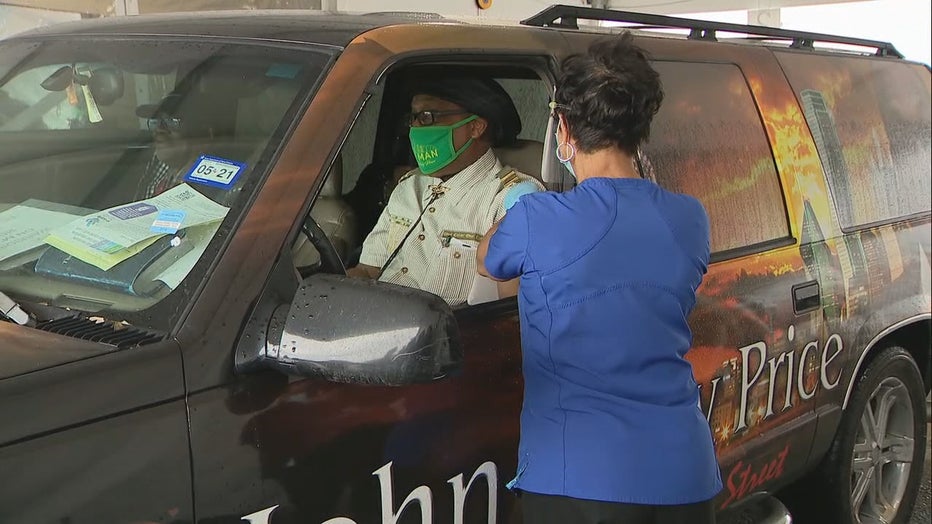 It was a 40-year period where the U.S. public health system and the Centers for Disease Control studied Black men in Tuskegee, Alabama, who had syphilis without offering treatment.

"However, they withheld from them the inoculation so that they could be able to deal with the disease," Price said. "That’s not the case. We are saying we get a chance to stand in line with everyone else."

Idell Miles was also in line at the Kay Bailey Hutchison Convention Center to get his vaccine. He says while Blacks were used as guinea pigs then, that’s not the case now.

"This is a serious virus, and we really need to take the vaccine," he said.

"I wanted to not get this horrible disease. I believe in science. I believe in this vaccine," she said. "Not even my 92-year-old mother. She was so excited when she got her first shot from Parkland."

Price hopes to see that same kind of vaccine excitement in others of color.

"You owe it to the family to get yourself inoculated so that we as a community, not your personal community, we’re better.