The Washington Post this week unearthed a photo showing a 14-year-old Jones in the back of a crowd of white students that was blocking Black students from entering a high school in Little Rock, Arkansas.

One of the first students who integrated Little Rock high schools shared his thoughts on the situation.

The heated debate on social media continues over Jones appearing in a picture from 1957 where some in the photo were preventing Black students from entering a Little Rock school.

"That was 65 years ago, I had no idea when I walked up there what I was doing, just a reminder to me how to improve and do things the right way," Jones said.

Following the Cowboys’ Thanksgiving Day win over the Giants, Jones was peppered with questions about the photo. It’s from 1957, when Jones was 14.

[REPORTER: "Any regrets in being in the photo or there at all?"]

"I wouldn’t have just dug that up for sure, seriously. I got criticized because I was more interested in how I was going to get punished by my coaches for being out front," Jones answered. 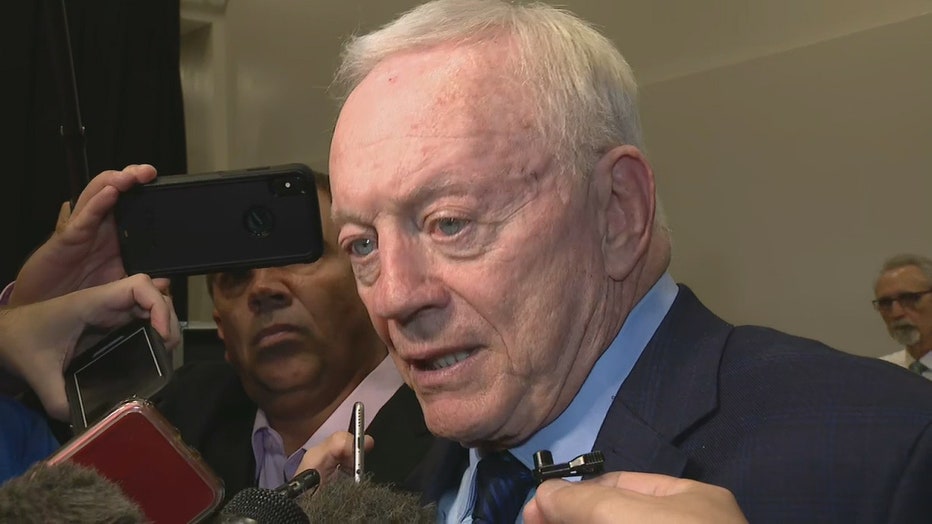 Jones told reporters he was a spectator as a high school sophomore, and didn't know the gravity of what was going on.

It was Jones' first time in front of the media since the photo surfaced earlier this week in a lengthy Washington Post story that contended Jones has not done enough to promote African Americans into positions of power in his organization.

On CNN Friday, Ernest Green, a member of the Little Rock 9, reacted to the photo and Jones' explanation.

The same year of the picture, 1957, is when the Little Rock 9 became the first African American students to enter Little Rock's Central High School.

"My view is Jerry Jones has an opportunity to make that picture have a different ending by pursuing diversity and inclusion and involvement of the African American community, people of color all throughout this country," Green said. "I think that rather than talk to Jerry about what happened in 1957, let's go forward and see what we can do this year."

"Born and raised in the South, and we going to pick it up 66 years later to say, you know, something you ain’t hire a black coach. I think that’s pretty low. If he was an adult, that would be different," Smith said.

Jones summed up the controversy as him putting his nose in the wrong place, calling himself a curious kid.

"Nobody there had any idea, frankly, what was going to take place. You didn’t, we didn’t have all the last 70 years of reference and all the things that were going. You didn’t have a reference point there, but still, I’ve got a habit of sticking this nose, right place at the wrong time," Jones said.