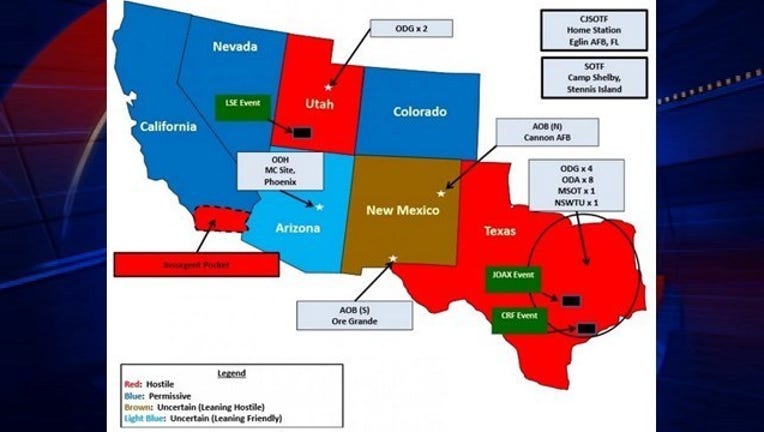 A summer military training exercise that has aroused alarm among archconservative Texans begins Wednesday outside the Central Texas town of Bastrop.

However, marking Texas one of two "hostile" territories for training purposes prompted conspiracy theories of martial law and firearms confiscations. Gov. Greg Abbott gave a nod to the panic when he directed the Texas State Guard to monitor the operation.

Training will occur in Camp Swift near Bastrop and 12 Texas counties, with airborne operations next month at Camp Bullis, near San Antonio. Jade Helm 15 wraps up in September.