Family members and friends of a Methodist Dallas Medical Center social worker celebrated her life nearly one month after she and a nurse were ambushed and killed while checking on a patient.

GRAND PRAIRIE, Texas - Saturday, family members and friends of a Methodist Dallas Medical Center social worker celebrated her life nearly one month after she and a nurse were ambushed and killed while checking on a patient.

For the first time since Jacqueline Pokuaa was killed, her family is talking about their huge loss.

"I will say Jacky was our angel on earth," Pokuaa’s aunt, Josephine Dove, said.

"She’s the epitome of showing up. You know if you need somebody to show up, you can count on Jacky," Pokuaa’s cousin, Nana Wilmot-Desouza, said. "And she showed up 100% without, you know, any reserve. Right? She showed up for you as though she were in your shoes."

The 45-year-old social worker was going into a patient’s room at Methodist Dallas Medical Center’s mother/baby unit last month, when Dallas police said she was fatally shot by Nestor Hernandez, who was attacking his girlfriend who recently gave birth to their child. 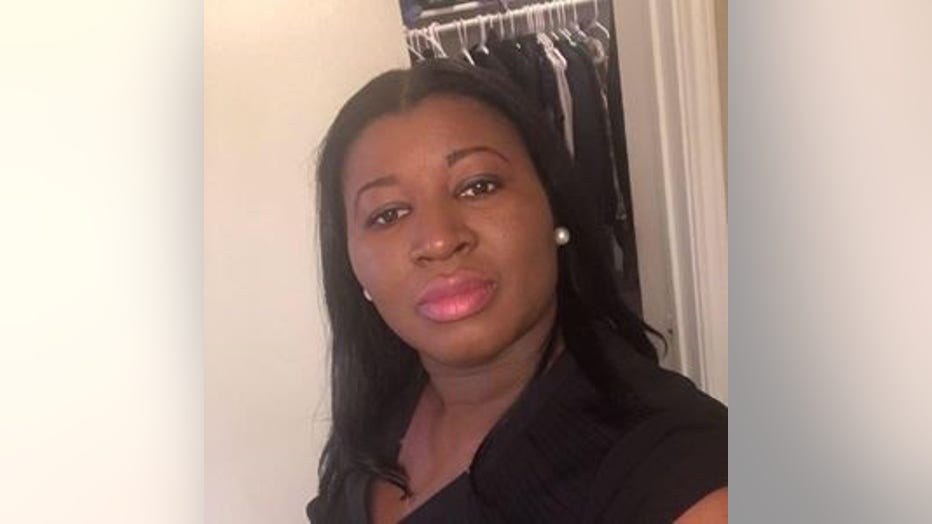 Pokuaa walked in on the assault seconds before she was killed.

"Since October 22, there has been a big, big void in our department," a Methodist Dallas Medical Center employee said.

"And she just always believed that there was good in people, regardless of their circumstances," Pokuaa’s co-worker said.

Clearly, people saw the good in her too.

Pokuaa was born and raised in the west African country of Ghana. As an adult, she came to the United States to study, and earned a Master of Social Work from UT Arlington in 2019.

All while raising her son, Nigel, as a single mother.

The 12-year-old read a letter to his mother Saturday.

"I promise you I’m going to live to your expectations for me. I only ask of you, mum, to keep watching me from heaven for I will be needing that always," he said.

Even some of Nigel’s school teachers said they could tell just how special she was.

"Gosh, if we could’ve had a mother like her for every one of our students, it would be amazing," the teachers said. "If we ever needed anything, she provided that for us. Whether it be paper, or pens, or anything, she never wanted it to come out of our pocket, so she would provide that."

"Your mom is so proud of you, and she will always be with you," the teachers told Nigel.

Pokuaa’s family is receiving support from North Texans and others across the world.

"Everybody, all over the place, we want to say thank you. Jacky says thank you," Dove added.

They know Pokuaa died while doing what she did best, placing others before herself.

"You call Jacky, she’s right there, and we have really lost a dear friend," Dove said.

"Her faith, right, in God, that’s what we hold onto," Wilmot-Desouza said.

Hernandez is charged with capital murder of multiple persons, aggravated assault against a public servant, and more.

He remains in the Dallas County Jail. He was on parole and wearing an ankle monitor when he is accused of murdering Pokuaa and Flowers.

Police say Hernandez struck his girlfriend several times with a gun. The infant was not injured.