An Irving man learning abroad has decided to continue his stay in Ukraine's capital city even as the region awaits a possible Russian invasion.

An Irving man learning abroad has decided to continue his stay in Ukraine's capital city even as the region awaits a possible Russian invasion.

As U.S. officials say Russia is another step closer to an invasion of Ukraine, North Texans with family there are continuing to pray for a peaceful outcome.

"It’s a huge black cloud," Zaluckyj said. "We need a collective prayer from everyone saying please leave our country alone. Let our country be."

Zaluckyj sat in the audience, worried for what’s ahead this week, hoping her homeland is spared.

"More troops are moving in, more equipment, field hospitals, and bridges built," she said. "If all of this is just a military exercise, this is some exercise, let me tell you."

Over the weekend, Russia conducted nuclear exercises. At the same time, the winter Olympics wrapped up.

Sanchez, who lives in Irving, is temporarily living in Ukraine’s capital of Kyiv taking a language course.

FOX4 spoke to him last week and checked in with him on Sunday. 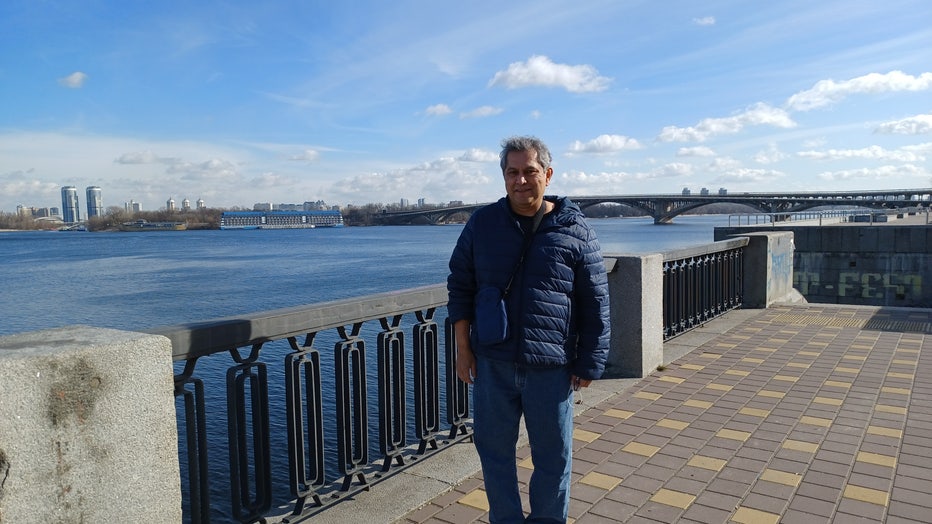 Sanchez said the tone across the country’s capital has changed.

While walking the streets over the weekend, Sanchez noticed fewer foreigners.

Even with an ominous feeling flooding Ukraine’s capital, locals continue to live their daily lives.

Sanchez extended his stay until Thursday, by choice.

He was supposed to come home Sunday.

The White House made it clear that the time frame for U.S. citizens to leave is closing in, and now it could be too late.

Starting Monday, more airlines are set to be suspended out of Ukraine.

So in a few days, a way out could be limited for Sanchez.

"If the scenario they keep pointing out is even 70% correct, then airplanes won’t be flying," he said. "I probably will take an alternate way if I want to get out."