DALLAS - The CDC is looking into a possible increase in invasive strep A infections among children in the U.S.

This comes as the United Kingdom is reporting more than a dozen deaths in children under 18 in three months.

While strep A is typically a common infection that can be easily treated, what is concerning some experts is an increase in an invasive form of strep that can be life-threatening.

Dr. Charles Dunlap at Pediatric Associates of Dallas in Plano says the invasive form of strep A, which the CDC is monitoring, is something parents need to be aware of.

"It’s the same bacteria that can cause common strep. But in rare, isolated cases, it can cause a more invasive disease," he said.

There have been 16 reported deaths of children under 18 in the UK just since mid-September. The infection usually does not peak until February through April. 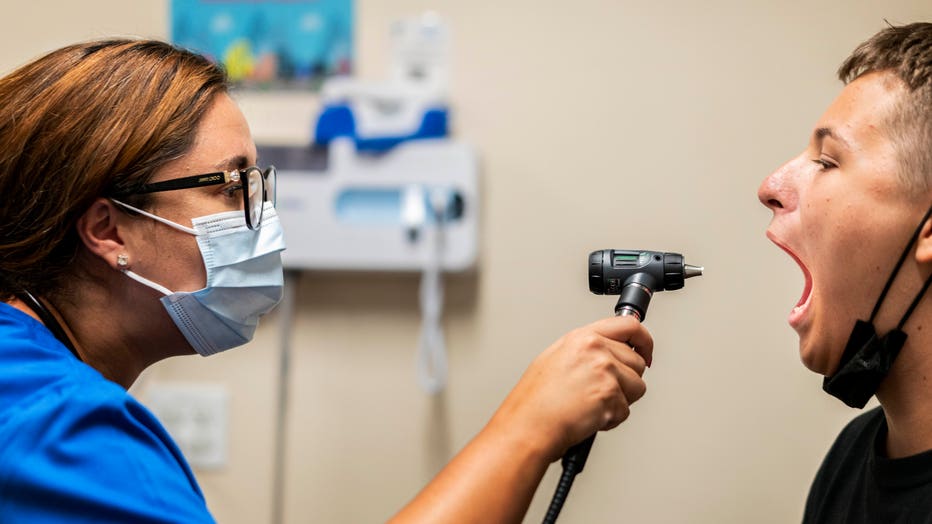 "It can infect organs strep would normally not be able to infect, such as your heart," Dunlap said. "It can cause pneumonia. Some have heard of the infamous flesh-eating bacteria. That is a form of invasive strep."

Dr. Dunlap says the good news is that it is treatable with the same antibiotics that treat more common types of strep A.

"If diagnosed early and put on antibiotics, one would probably get better without knowing they had it," he said.

The CDC says parents should seek medical attention quickly if they think their child may have an invasive group A strep infection.

"If your child or loved one is looking as sick as you've seen them, not urinating, can't get out of bed, you need to seek medical attention from a doctor or possibly the ER," he said.

In the last 24 hours, 624 kids were seen in the emergency room at Cook Children's, and many of those were with respiratory infections like RSV and the flu.

Fortunately, invasive strep infections are rare. And while there has been a lot of talk about a triple-demic of flu, RSV and COVID, you can add strep to the list of infections on the rise.

"In my line of work, it is almost like a 20-demic: rhinovirus, RSV, flu A, flu B," Dunlap said. "Pretty much everything is on the increase right now."

That means washing your hands for at least 20 seconds, don't share food and consider a mask in close public settings.

If your child has a higher-grade fever and sore throat, there is a good chance it is strep, which — unlike the flu — can be quickly treated with an antibiotic.