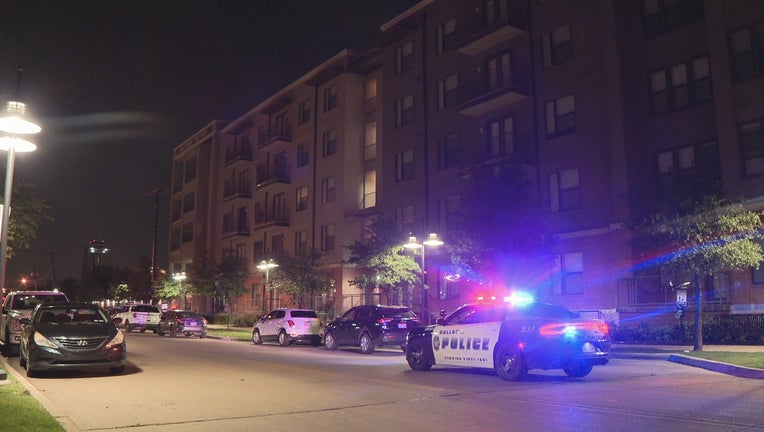 DALLAS - Dallas police are looking for the people involved in a shootout that wounded an innocent person.

Officers found the victim just before 1:30 a.m. Thursday inside an apartment in the Dallas Design District.

Police believe an argument between at least two people in the 4th floor hallway ended in gunfire. A bullet went through the wall and hit a man who was inside.

The injured man was not involved in the argument, police said.

He was taken to the hospital and is expected to recover.

Police are still investigating and looking for the suspects, who took off before officers arrived.

The gunfire also ruptured water pipes in the walls and caused damage to the apartment.