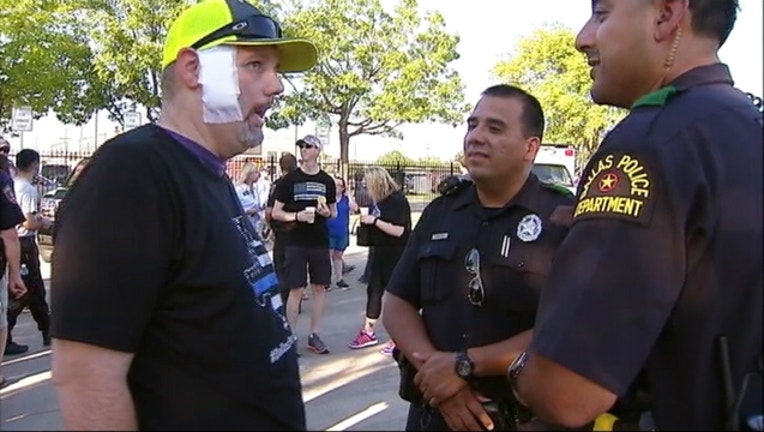 The Burleson Police Department held a ‘Back the Blue’ fundraiser at Fort Worth Electric on Thursday afternoon.

About 1,500 Back the Blue shirts were up for sale at $10 apiece. Organizers said all of the money from the t-shirt sales and donations were going straight to the families of the affected officers.

Officer Pearce had not made many public appearances since he was hospitalized four months ago. He said he wanted to pay forward the same encouragement his own family received.

Pearce was shot five times while chasing a fugitive in March. He plans to put his uniform back on when he is finished recovering.