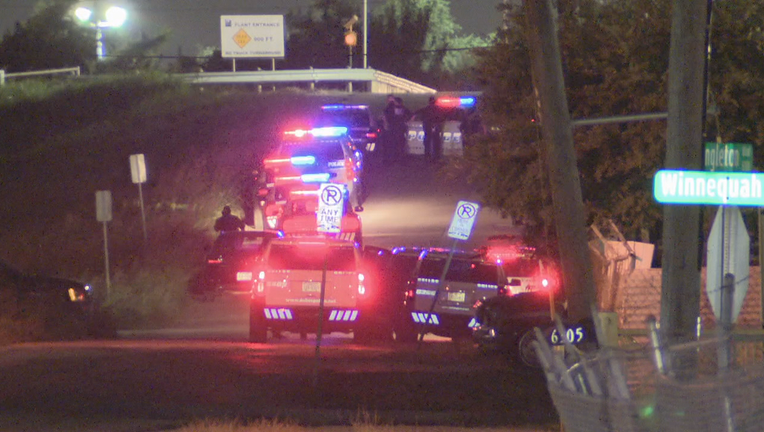 DALLAS - A portion of Interstate 30 is back open after being closed for a time early Saturday morning as Dallas police dealt with a man who was walking near the interstate with a gun.

This incident started at 12:30 a.m., when police were called about a robbery in the 5300 block of Bernal Drive.

Responding officers found that a 43-year-old man was accused of shoplifting, and he reportedly pointed a gun at a security guard, before walking away.

Police said the man pointed the gun at himself and continued walking, before firing shots at Dallas PD’s Air 1 helicopter after it arrived. The shots didn’t hit the helicopter.

Police said officers kept their distance as the armed man alternated between pointing the gun at officers and himself.

He then made his way toward I-30 and Loop 12 Walton Walker. Police then shut down that part of the interstate.

They said he tried to fire at police but was out of bullets and taken into custody.

He is expected to be charged with aggravated robbery, assault on public servant/attempted destruction of aircraft.