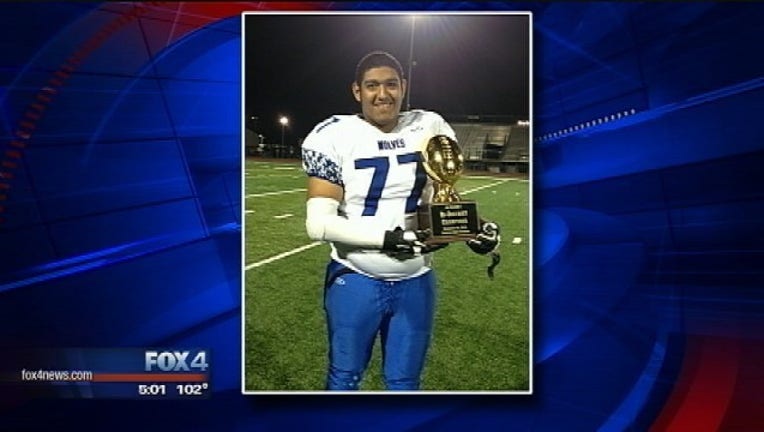 A North Texas high school football player appears to have suffered from heatstroke.

School officials say the 260-pound offensive tackle and his teammates came inside after about two hours on the field.

Gonzalez sat on the floor and said he was dizzy and had blurry vision, so they moved him to the showers, put ice packs on him and called 911.

School officials say the boys usually practice for five minute-intervals with plenty of rest and water.

They say Gonzalez showed no signs of distress before he collapsed.