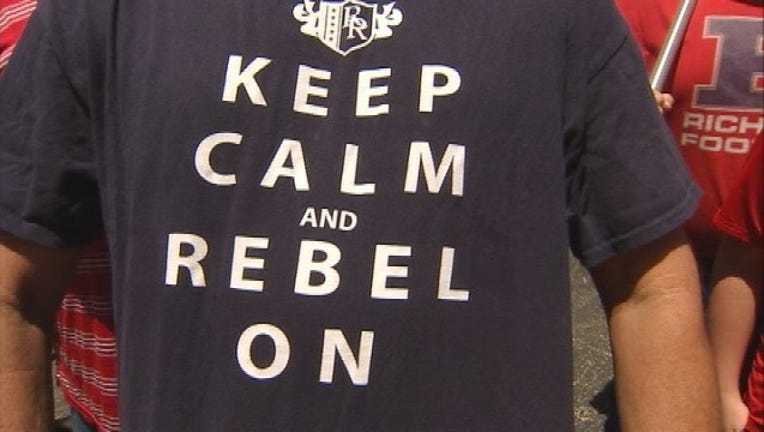 Parents, students and alumni of a North Texas school gathered Sunday in a rally to preserve what's been tradition for years.

Richland High School's mascot and campus groups are now the target of a state and federal civil rights complaint.

Since South Carolina's controversy over the confederate flag flying at the State Capitol, pieces of history have drawn protests. Now that scrutiny has moved onto schools.

On Friday, a Fort Worth civil rights group said it filed complaints to the Texas Education Agency and the Department of Education over Richland High School's mascot "The Rebel” and the names of its spirit groups, the Dixie Belles and the Johnny Rebs. All references the group believes promote white supremacy.

The thought of getting rid of those traditions angered students, parents and alumni and prompted more than a hundred to show up and rally at the Birdville ISD administration building.

People at the rally said the names and symbols are synonymous with the proud history of Richland and don’t represent hate like the complaint alleges.

People angry with the complaint and hoping to preserve the school's mascot and spirit groups formed a Facebook group called "Save Our Richland Rebels". It has almost 5,000 likes in a matter of days.

They plan to show up in big numbers at Birdville ISD's School Board meeting on July 23 to urge district leaders to fight the complaint.

Parents are also passing around a petition that says a mascot is what you make it and a name is how you live it. They say they don't just talk equality they live equality, a lesson they believe the rest of the country could learn from.