Hundreds in Denton County left without water for holiday weekend

A Denton County community says their holiday weekend was ruined by a problem that's become all too common for them: low water pressure or no water at all.

DENTON COUNTY, Texas - A Denton County community says their holiday weekend was ruined by a problem that's become all too common for them: low water pressure or no water at all.

"You text your neighbors and you go, anybody else have low water? No water? Yeah, we're all having the same problem," said D'Lynn Ewing.

Her home is one of roughly 400, now with low-water pressure.

In fact, water was shut off altogether during part of the weekend.

"Lots of people for the holiday weekend had guests over," Ewing said.

Patterson Water Supply says following the freeze, which began last Thursday, burst pipes at unidentified homes began to drain its water supply, so it turned the water off to allow its supply to get back to a certain level.

The water stayed shut off Saturday through early Sunday while it worked to identify where the broken lines were located.

"So now we're buying water at, you know, market rate to just flush toilets and stuff," said Adels. "A 400 home water system gets shut down because of seven people that were, you know, negligent on managing themselves? Well, turn off their water. Or you should’ve hauled water to all of us. You should’ve supplied us with some kind of option."

The company says while it has identified at least seven of them it appears there are a few more unidentified homes with leaks, and it is causing a system that barely operates with enough water to lose even more. 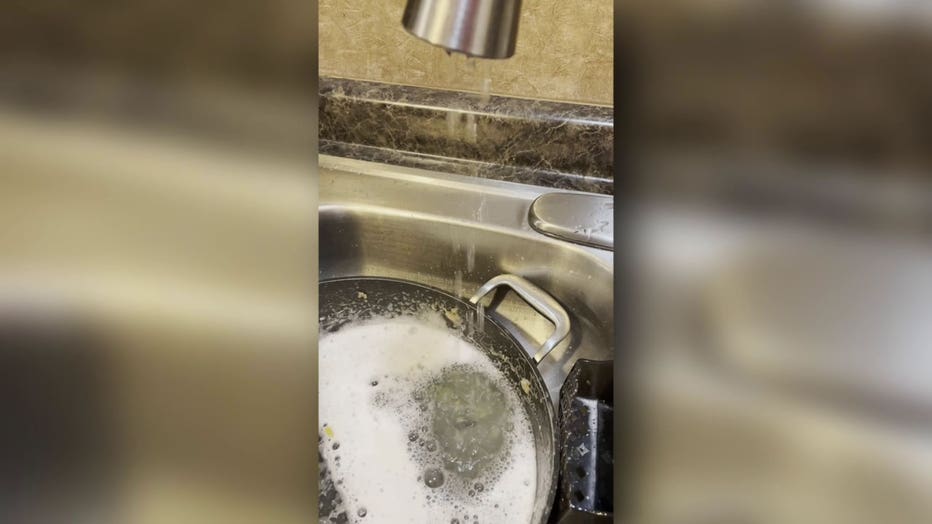 The owner of the company tells FOX 4 over the phone they are losing water faster than they can put it in, but it is doing everything it possibly can to find the broken lines and turn those meters off.

"You barely get a stream the size of your finger," Ewing said.

People in this community see improvements Tuesday evening, but pressure is still low, and it is an issue neighbors believe needs a long-term solution.

Patterson Water Supply is asking residents in that community not to use any more water than they have to.