Humans are the likely cause of the shift in Atlantic hurricane cycles, a new climate study suggests

LOS ANGELES - A new climate study suggests that humans may be responsible for shifts in Atlantic hurricane cycles.

For the past couple of decades, scientists and meteorologists believed that hurricane activity patterns were due to the natural warming and cooling in our climate called the Atlantic Multidecadal Oscillation (AMO).

The term AMO was actually coined by Dr. Michael Mann, a co-author of the recent study and the author of the new book "The New Climate War." 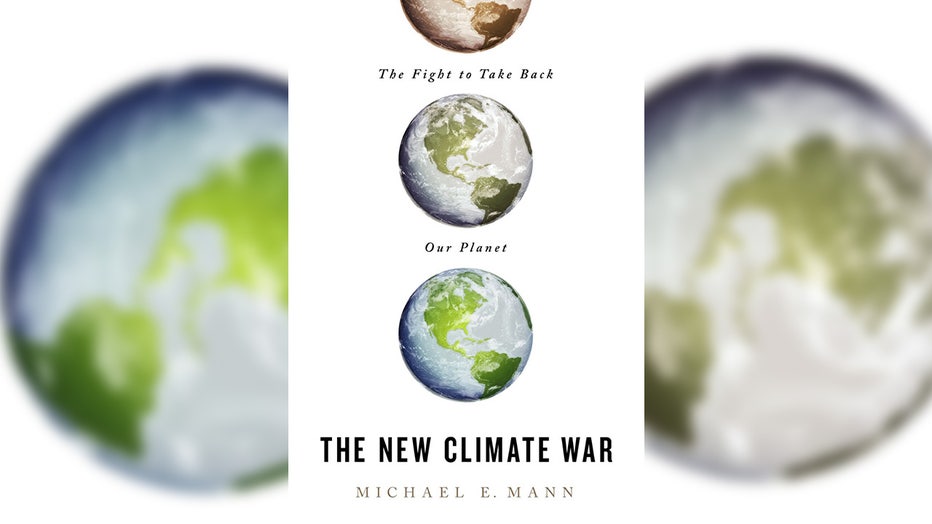 "The New Climate War", written by Michael Mann, was released in Jan. 2021.

"Science can always surprise you. I coined the term the Atlantic Multidecadal Oscillation 20 years ago. I helped popularize the notion that there is this internal oscillation in the climate system," Mann told FOX Television Stations. "But I followed where the science led me, and ultimately that’s led me to the conclusion now two decades later that this probably isn’t real — it probably doesn’t exist."

The new study, titled, "Multidecadal climate oscillations during the past millennium driven by volcanic forcing," released in the journal Science, found that humans — not nature — are likely the primary cause of changes in Atlantic hurricane patterns. 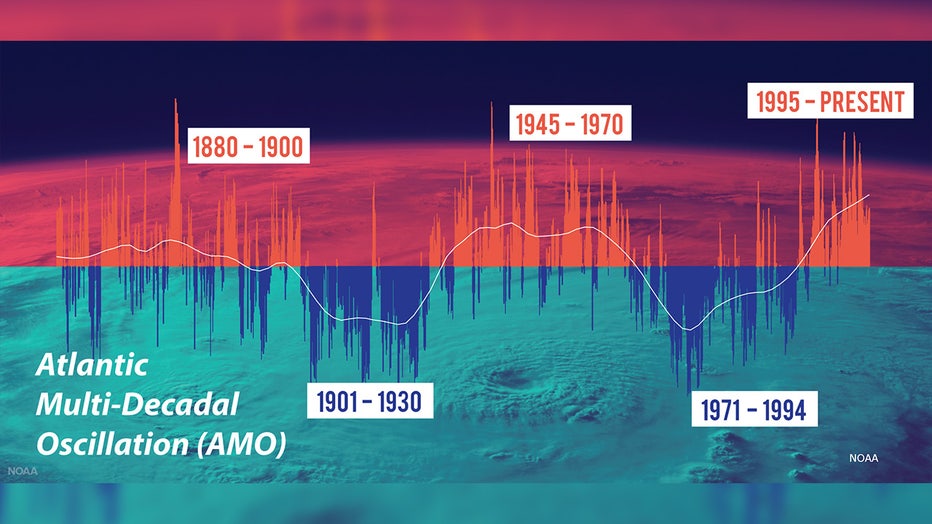 "It turns out two decades of additional study has led up us to understand what we thought was just some natural internal wobble in the climate system was actually largely the competition between two human factors," Mann explained.

Researchers, including Mann, found that the AMO — which shows the flow of hurricane activity over 60-year cycles — is likely caused by two factors of "human forcing" in the modern era — the increased concentration of carbon pollution in the atmosphere, which is warming up the planet, and the decrease of sulfur dioxide pollution, which causes a cooling effect.

What the study suggests is that humans have long been the driving force in the variability of hurricane activity — not natural variability like previously believed. But the study’s assertion might lead some scientists and critics to question why these oscillations were apparent even prior to the industrial period.

Mann and his team found that pre-industrial wobbles or oscillations in the climate system were driven by natural influence — specifically volcanic eruptions that had a cooling impact on the climate.

"They just happened to be spaced 50, 60, 70 years apart or so for several centuries to make that response look like it was an oscillation," Mann explained.

Critics may also argue that climate models aren’t up to the task of simulating the AMO well enough to make these assumptions.

"It’s always possible that there are factors that are missing in our models," Mann noted. "That’s why climate scientists are always trying to refine the models."

Even still, Mann’s study suggests that hurricane activity could continue to intensify as human factors, including the burning of fossil fuels — which releases carbon dioxide — continue to mount.

The United States saw a record-breaking number of hurricanes in the Atlantic in 2020, including unprecedented back-to-back Category 4 hurricanes in Central America in November.

RELATED: Paris Climate Agreement: What it is, how it started and what happens now that the US has rejoined

The extremely active 2020 Atlantic hurricane season officially ended on Nov. 30 with a record-breaking 30 named tropical storms, including 13 hurricanes and six major hurricanes. There were 12 storms that made landfall in the continental United States, according to the World Meteorological Organization.

"This is the most storms on record, surpassing the 28 from 2005, and the second-highest number of hurricanes on record," the WMO wrote in a press release in December.