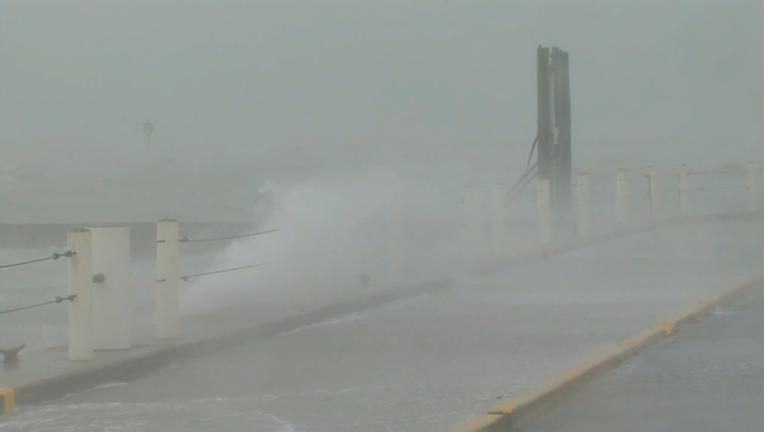 Houston - When Hurricane Harvey sent several feet of water into C.E. King High School in the Sheldon Independent School District, students from the flooded campus were moved to a neighboring elementary school -- and a bit of architecturally induced hilarity ensued.

"At first, it was a catastrophe," said junior Keyaundre Blount, chuckling at his hyperbole. "We did make it work, but thank the Lord we're back in C.E. King High School."

Students and teachers at Sheldon ISD's only high school will return to their age-appropriate confines come Tuesday, when the campus reopens for the first time since Harvey flooded the school and hundreds of homes in the district. The move marks another milestone in the recovery of the 9,000-student Sheldon ISD, which sustained the most flood damage relative to its size of any district in the Greater Houston area.

Harvey dumped 40-plus inches of rain on the western end of Sheldon ISD, unexpectedly sending waters from Greens Bayou into C.E. King middle and high schools, as well as several densely populated neighborhoods. Estimates vary, but community leaders believe 25 to 40 percent of homes in the district were flooded.

At C.E. King, floodwaters reached 5 feet in some spots, destroying entire sections of the campus. The performing arts hall was inundated, forcing the removal of roughly three-quarters of the seats. The main gymnasium's hardwood floor buckled, arching a few feet in the air in some spots. Mold climbed up the walls of first-floor classrooms and offices, rendering desks and materials unusable.

C.E. King remained closed for about three weeks, during which district administrators devised a plan to split its roughly 2,400 students among three campuses -- an elementary school, an early childhood academy and a San Jacinto College campus.

School leaders expected some students wouldn't return, and many who did would carry emotional scars. But a few months later, district administrators said they're pleasantly surprised by the district's enrollment totals -- which are higher today than one year ago -- and a lower-than-expected number of trauma-related issues.

"We were all nervous about how many kids we were going to lose, and in the grand scheme of things, we kept our kids," said C.E. King Principal Demetrius McCall. "I will say the high school students have been pretty resilient. They have fallen into this new way of school, and they've handled it a lot better than I thought they would."

That's not to say there haven't been troubles.

Soon after the flood, a few C.E. King teachers had students wrote about their experiences during Harvey, and it often fell to the new campus at-risk coordinator, Donna Maisel, to read them.

Maisel went through about 400 essays. Many were benign. But others told heartbreaking tales of losing everything: their homes, their clothes, their pets.

"Some of them were tough to read," Maisel said. "And even if they weren't stories about exactly what happened (in Harvey), there were hidden pieces of their family dysfunction. That was very eye-opening for me."

Maisel said students have mostly grappled with stress-related issues since Harvey, as their families struggle to find clothing, food and decent shelter. Some students, she said, have returned to gutted homes with no walls, sleeping on the floor.

In the storm's aftermath, school administrators and teachers have been buoyed by aid sent from all corners of the country. They easily rattle off the list of crucial donations: a U-Haul truck brimming with everyday goods and handwritten letters of support from Ohio; 300 backpacks stuffed with supplies from Pennsylvania; 250 Chromebooks from McCall's hometown pro football team, the Detroit Lions; 10 tons of cattle feed for the district's agricultural science program from Oklahoma.

District leaders also cite Sheldon ISD's close-knit community for assisting in the recovery. Although it's only a dozen miles from central Houston, Sheldon ISD retains a small-town, working-class culture -- the kind that shines during tragedy.

"When you come to Sheldon, we don't have outsiders," said Connie Menn, who has lived or taught in Sheldon since 1973. "We just have family, and family takes care of its own."