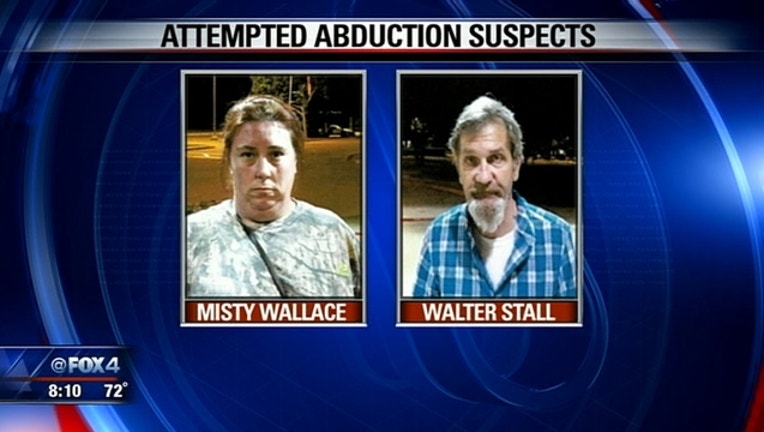 DALLAS - Area hospitals were warned about two people who may be posing as adoptive parents trying to take a newborn.

The Dallas County Hospital District Police Department identified them as 38-year-old Misty Wallace and 54-year-old Walter Stall. They are believed to be homeless.

They allegedly showed up at Parkland Hospital recently. Hospital workers became suspicious because they were not following the proper protocol for parents adopting a child.

No child was taken from the hospital.