HALTOM CITY, Texas - Police have released a sketch of the rape suspect who attacked a woman in an open field in Haltom City.

The attack happened Wednesday around 3 a.m. in the 3900 block of Broadway Avenue.

The woman told police she was sexually assaulted by a Black male. He asked her for change, then pointed a gun at her and assaulted her in a nearby field. 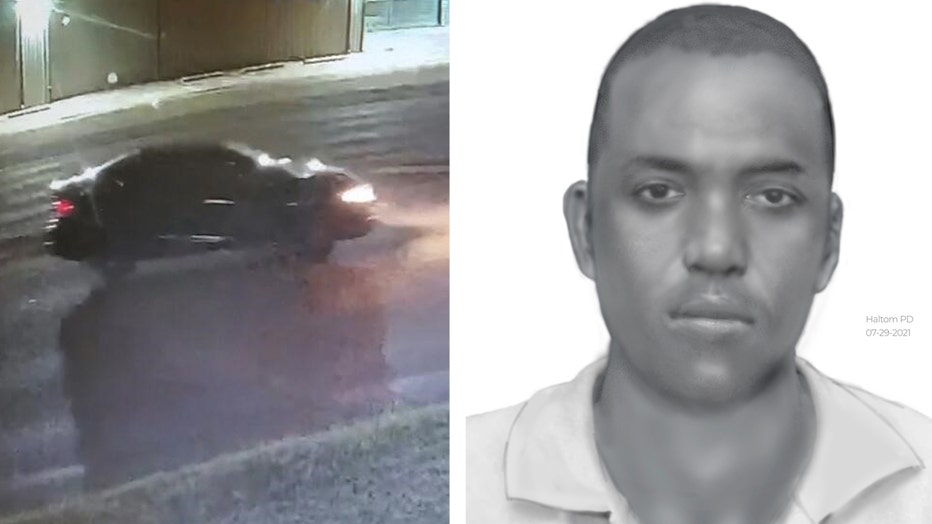 Investigators were able to get images of the vehicle of interest and a composite sketch of the suspect.

He is described as a Black man, about six feet tall with a thin to medium build, 35 to 40 years old, with a possible fade haircut, clean-shaven and was last seen wearing a white or yellow t-shirt.

Crime Stoppers is offering $1,000 for any information that leads to the arrest.