Dallas police are investigating the murders of two teens killed at separate parks within a 24-hour period.

DALLAS - Dallas police are investigating the murders of two teens killed at separate parks within a 24-hour period.

Their deaths are part of a murder rate which has already surpassed the number at this point last year.

In the last 24 hours, Dallas’ most recent murders have been teenagers.

Saturday afternoon, there was a rally outside Dallas City Hall against gun violence.

Organizers said they’re concerned at the alarming rate of murders in the city of Dallas.

"Fifteen-year-old kid murdered. Senseless. It’s a repeated act that continues to keep happening in our neighborhood, that’s why I care man," one person who attended Saturday’s rally said. "At some point, someone has to say something and stand in the gap. So I said, let’s get on the streets and do something about it." 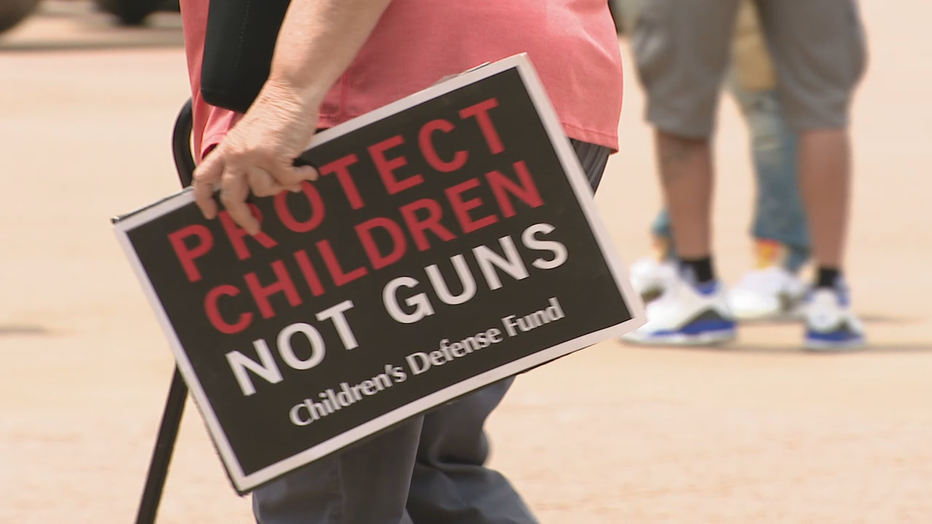 New details are emerging about the 15-year-old who was killed at Derek L. Geter Park.

The victim’s name is Noel King. His aunt said he loved to dance and was involved in his church.

Early Friday morning, at 12:30 a.m., Dallas police said there was a planned fight between two groups at the park.

During the fight, police said shots were fired, killing King.

An 18-year-old was also shot and survived.

Early Saturday morning, shots were fired at a park in Old East Dallas, off Alton Avenue.

A group of teenagers were together near the playground when a fight started.

A 14-year-old was shot and killed. The Dallas County Medical Examiner’s Office identified him as Jordan Perez.

A 19-year-old was also shot in the hand and survived.

Police have not made any arrests in either murder.

Investigators are interviewing teenage witnesses and searching for surveillance video.